WARNING:  The following is an Inflammatory Political Opinion Rant:

END_OF_DOCUMENT_TOKEN_TO_BE_REPLACED

I’m sick and tired of hearing that Democrats are not Anti-Gun.  That’s such bullshit and I can’t tolerate it anymore.   There are individual Democrats that are Gun Owners, yes.  Some even own Glocks and AR-15’s.  That’s fine.  But as a whole, the Democrat Party is blatantly Anti-Gun and Anti-American.  Forget such adjectives as “Liberal” or “Progressive”, the Party as a whole is disgustingly Anti-Freedom.

Forget the rule of law, the Constitution… Rational Thought… 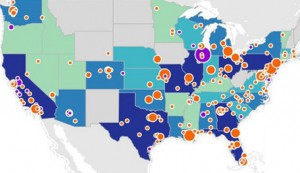 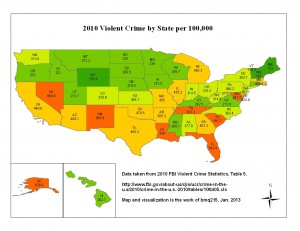 No, I’m not making this up.  Some of these layoffs were planned in advance of the Election regardless, but were asked to not announce until after the election – such as Boeing, who had been hinting at it though for some time.  Many of the others were holding on and were not going to lay people off if Romney won.   Many of these companies just couldn’t afford to keep them on thanks to the Healthcare laws passed which would have been repealed under Romney.
Guys, this has just started.  There are going to be more layoffs coming.  Buckle up.  It’s going to get bumpy.

For you business owners out there… something to think about….
You didn’t fire those workers.  The Democrats did.

Words can not describe my utter dismay and disappointment with the Election.  I am glad MadOgre.com has been down for a few days since the election – because my ranting would have been as incoherent as Liberal Logic.

As a Nation… We have really and truly fucked up.   How did this happen?

END_OF_DOCUMENT_TOKEN_TO_BE_REPLACED

I feel very badly for the victims of Hurricane Sandy. Mostly because they are stuck in Democrat controlled New York and are completely helpless. But thank GOD no one is chugging down a 32 ounce fountain drink of Death! I read that one New York City Official Person was unleashing harsh criticism of the Red Cross for not doing enough. Excuse me, but where was your Emergency Planning? Or was your whole plan to depend on the Volunteers of the Red Cross? Instead of bullshitting about the Beverage Sizes, how about you did some Prepping? If you have a STATE to take care of, or a Major City, you are the one responsible in case of a Disaster. You saw the Hurricane coming. You had warning. What did you do? Hurricanes happen every year. It never occurred to you that one could hit New York? You are on a Coast. The Red Cross does what it can…. around the world. You retards are only responsible for your area, and you have like 10 times the budget. Your finger pointing makes you look like even more an ass. You guys let New York down. Not the Red Cross. You.

The Government does something patiently illegal, and the Citizens take the blame. Yeah, I’m not Eric Holder’s Whipping Boy, so don’t look at me sideways because his Agency committed crimes which would land anyone else in the hole for the rest of their lives.  But of course, we all saw this coming.

What we want to see, is Eric Holder and a whole mess of ATF Chiefs get charged appropriately for the crimes they have committed.   The penalty for a Straw Sale is 10 years for each gun.

Straw Purchase
A straw purchase is any purchase where a person purchases a firearm for another person who is not eligible to purchase it. Although it usually refers to the purchase of illegal firearms, the term can refer to almost anything bought or sold illegally.

In the United States, straw purchases are a felony violation of the Gun Control Act of 1968 for both the straw purchaser (who can also be charged with lying on Federal Form 4473) and the ultimate possessor.

A Firearms Transaction Record, or Federal Form 4473, is a United States government form that must be filled out when a person buys a firearm from a Federal Firearm License holder (such as a gun store). For knowingly making any false statement or representation on Federal Form 4473, the penalty is 10 years.

The ATF did more than just this.  They allowed straw sales against Dealers objections.  Then they went so far as to even use Tax Payer Dollars to buy even more guns to give to the Bad Guys.  Okay, wait, the line between the good guys and bad guys there is really thin and vague.  What the ATF did is horrendous beyond measure.  They broke the trust that was placed on them, broke the faith the American People put on them and this is unforgivable.  The entire agency needs to be Disbanded from the top down.

Pointing fingers at the American Gun Owner is remarkably asinine.  The Democrats solution is to lay down more laws and restrictions? Anyone with more than a pair of synapses can see the truth of this… The people they have to enforce the gun laws are the ones doing their damnedest to break those laws!

1.  Prosecute those that allowed this to happen, Eric Holder first and foremost.

3.  Wipe every – EVERY – Gun Law off the books nation wide.  Gun Laws should be a STATE issue.  Interstate Commerce is too thin a reason for Federal Regulation.  Some states have allowed Gay Marriage, yet we do not require those couples to never leave the state in which they are married… but they could move.  There’s an interstate issue now.  Does this make it a Federal one?  No.  It’s still a State issue.  I don’t need a Federal Driver’s License.  Yet I can drive in every state.   All Gun laws should be a State Issue.  The Feds need to drop it.  Every gun law on the Federal books should be ERASED.  EVERY ONE OF THEM.

Let me tell you, I like Sarah Palin.  She’s a bit polarizing… of course that like saying that Cayenne Pepper is a bit hot.  But that’s one of the reasons I like her.  She flat out scares the Liberal Left.  She embodies everything the Liberals tend to hate on.  She gets Conservatives fired up, brings in the crowds, and brings in the funds. She is a serious political force to be reckoned with.  This is why there has been a concerted effort since the beginning to ruin her.   Much like Rush Limbaugh, “it’s cool” to dislike Sarah Palin.  To dislike Sarah Palin is to take the more politically aware higher ground.  As if there is a superiority factor to dislike her, and the Tea Party… just like using a Mac at a Starbucks.  END_OF_DOCUMENT_TOKEN_TO_BE_REPLACED

Detroit has long been the Model of Democrat Principles. It has to be, because the Democrats have had Free Reign there for decades. Democrats and Unions have made Detroit what it is today.

Now don’t think this is just Steven Crowder doing a hit piece on the city…  There is a lot more to see in Detroit.

And here’s their new plan to bring money back to Detroit.  That’s just awesome.  Way to go guys.  Just give in to the filth and deviancy.  Fantastic.  I’m remembering the SNL skit where they talked about the Worst Job in the world… “Last year’s worst job was Crack Whore!… This year’s worst job… Assistant Crack Whore!”   Kinda made you think where one would go to file that application.   Evidently it’s Detroit… at an ACORN office.