I’ll update this with more information when I get back home. Let’s just say that if you didn’t make it out to this… you missed a very good time. Photos, Vid Clips, and the Run Down will come.
Tsunami for a Sushi Feast, Shooting, Los Hermonos for some Mexican food, shooting, beer-brats cooked by T-Man himself… and Jessi’s optic mount for the Sterling worked FLAWLESSLY. To those that made it down – I had an amazing time that I’ll never forget and I thank each and every one of you guys for being there.

I arrived in Casa La Sting in SLC Friday afternoon. Rode the Magna from Ogre Ranch with the Sterling riding in the saddle bag, sticking out and gathering some attention from a Deputy, but he didn’t pull me over. Just went eyes wide. When I came into the Wasatch Front, I went through Provo Canyon… had a great run… so I ran it again.  Awesome. Provo Canyon on a bike is better than in a Sports Car. Just saying. The Arizona Contingent arrived in “The Starship”, Terry’s slick Chevy truck. Which cruised at about 90MPH most of the way. It earned the title Starship with that cruise!

That night we all went to a joint called “Tsunami”.  We feasted on Sushi till everyone was stuffed to the gills.  I’ve never stuffed myself on Sushi like this before.  If you go there, the Executive Suite and the Sunshine rolls are my favorites.

The Provo Range is a nice place, I have to admit.  It’s up on the side of the mountain and is just beautiful.    We had a good turnout.  Putting faces to names was great.  We’ve got some amazing members of WeTheArmed.com.  Special thanks to Norseman for putting this together.  This was his idea and he’s a Range Officer at the Provo Range…. Norse was the consumate RO this day.  He watched everyone like a hawk and we had no problems through both range sessions.

Terry lent me the use of his Bushnell Trophy T red dot optic.  Jesse fabricated the mounting system and with Terry’s optic, we were able to test out the concept.  It worked.  In fact, it worked much better than I had anticipated.

That’s a 15 round group at about 25 yards.  Oh, and I shot this group left handed.   Yeah.  My right eye isn’t all that great anymore, and I’ve been doing a lot better left handed.

After the first range session, we went to Los Hermonos for lunch.  Mexican food and shooting just goes together.  We stopped by Gunnies in Orem for some more ammunition and went back to the range.   Norseman is a big time revolver guy… and I made sure he had all the time he wanted with the little North American Arms Range top-break.   I almost had him trading me one of his Siaga 12’s for it!  But Norse doesn’t part with his guns, so as much as he wanted it… he made no deal.  Oh well.  I’d have had a hell of a time getting an S-12 home!

After the shooting in the afternoon, we went to Steve’s place and Terry gave us all a lesson in grilling Brats and how to boil those brats properly in beer with peppers and onions.    The food was delicious.  I had a Food Coma going on, I ate so much this weekend.  During the evening’s munching, Marshal Dodge broke out this video on his smart phone – the “I just effing shot myself – the musical.”  I linked it below.  When he showed this vid – we were dying from laughter.  Good food, friends, and laughter… this is what it’s all about.   Unfortunately that bloody musing was stuck in our heads… thanks to Marshal’s lovely wife who reminded us of it every time we seemed to have forgotten it.   Evil.

Special thanks to Steve for letting The AZ Crew and I crash at his place.  Even more thanks to his lovely bride for not just putting up with us, but for being the best Hostess in the world. 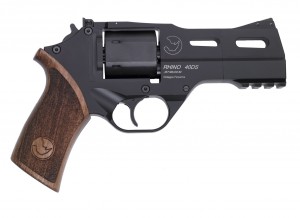 I’m getting ready to ride. I found some .45ACP and I can fit it in my saddle bags… I can’t bring much gun stuff on a bike, but the shooting is the least important thing for me. Funny that I should say that, no? I’ll bring what I can.
Saturday, at the Provo Range, the one up Squaw Peak in Provo Canyon, we’re having our Gathering. If you can, show up. We’ll be there in the morning, then take a break from noon till 4, then we’ll be back shooting unless something else really cool pops up and we change plans. You never know… so you best come out in the morning!
I’m looking forward to this a great deal. I can’t say how much.

Owning another .44 Magnum means one thing is for certain.  I am now officially back into reloading.

I’ll need to acquire all the hardware and components of course… but yeah… I’m a Reloader again.  I can get an Omega 800 press for 23 bucks.  A set of dies for 30 bucks.  And that’s off to a pretty good start.  Biggest thing though, is all the brass.  And making sure I pick up brass.

I’ve had many questions about why I picked the Rossi M92 over other rifles such as the Legacy Puma, the Marlin options, or Henry, or Uberti… etc.  My selection of the Rossi example is by no means disparaging the others.  They are all quite good Arms and if you have one, then it’s going to serve you well.  Before I made my choice, I studied the Level Action platform very carefully, to include going through history books and talking to old cowboys (we still actually have those around here) and talking to new cowboys – The Cowboy Action Shooters. (We have a lot more of those around here) What I didn’t do was search internet gun forums past 3 minutes… because most of those were “Well, I use this so this is the best… no, I’ve not even seen any others, but this is the best because I have it.”

I selected the 92 design because of two things.

END_OF_DOCUMENT_TOKEN_TO_BE_REPLACED

The printer came back ahead of schedule and the galley proof was perfect.   This means it’s now possible to order an advance copy.  It won’t be available on Amazon.com for another 5 to 7 days.  It will take 6 to 8 weeks to become fully distributed by wholesalers and bookstores.

You can order it here.

Uprising USA is now available for the Kindle Reader!

Positive reviews would be very much appreciated.

Let me tell you, guys.  I had a day from hell.  Today just flat out sucked every which way… So I had to change the karma.   Nothing works better than doing the New Gun Thing.  .44 Mag is more money than .357 Mag, but I can reload pretty affordably.  I like this gun.  I’m happy with it.  Hmm… the rest of the day sucked too… but every time some bullshit happened, I just thought, “I have a .44 Mag 92”, and that made me feel much better.

I have got to get a Sport Bike now.  Reason, I have to distance myself from the Cruiser set.  My thing about disliking Harleys is really more about disliking Harley Extreme Enthusiasts.  I’ve had run in’s in the past with these brand new leather clad insurance brokers who just got their new HD’s with only 400 miles on the odometer – “Get a REAL bike!”  Really?  You mean your obnoxiously loud V-Twin that cranks out only 58 horse power because it’s engine technology is 20 years out of date… that’s a real bike.  But my bike with it’s V-4 engine with a Carb for each piston and 4 valves for each piston and tuned for 90 horses with huge torque and a huge powerband to give me all that power whenever I want it… Yeah, fine.  It’s not a real bike.  You win.  Even though with your anemic power output to pull your huge bulk which gives you at most half the power to weight ratio… you straddle a better machine, Sir.

“You’re not a Biker on that!”  Really?  Because I’ve not seen you riding all week.  Because it’s been nasty weather… and then it was too hot… and you’ve been rolling in your Cage all summer except just today when you finally got the weather report you wanted and you just pulled on your Leather Vest to show off your Patch.  Fine.  You are a Real Biker.  I’m not.  I’ve only ridden my bike every single day… Sometimes arriving at work soggy… sometimes arriving at home sodden wet.  But grinning.  I’ve ridden in thunder storms, rain storms, wind storms, dust storms, snow, hail, through freezing cold, and blistering heat… every day.  And you are going to tell me that I’m not a real biker.   Cool.  Because if you are  a Real Biker, I don’t want anything to do with being a Biker.   If it makes you feel better… I’ll call myself a Rider or a Motorcyclist.   You, Sir, can be the Real Biker.

Yeah, I don’t want anything do with all that… I’m going to trade my Cruiser for Sport Bike.  Ideally a Sport Touring bike.  Because I don’t want anyone to even think about calling me a “Biker”.

This Magna is now on KSL for sale or trade.   Now if I could trade this for a Honda VFR, I’d be well pleased.