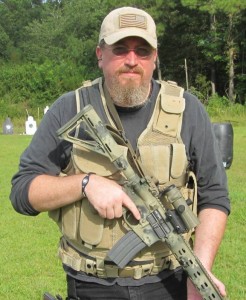 This site started out in 1998 as a personal home page hosted by  HOTBOT, a part of Wired Magazine’s online presence.   The site has grown and evolved in a manner of my liking and choosing.  This makes MadOgre.com one of the oldest “Blogs” on the internet.  Click the page marked “Old MadOgre.com” for the previous version.  I believe we are on MadOgre.com 3.4 right now.  Again, I’m not doing this for you, but for me.  If I was doing a Pay For Content site, then it would be different.  Old links die and I don’t keep them up to date.  I make no guarantees, so you are getting what you pay for.  MadOgre.com is a “weblog” or “Blog” of sorts.  Sometimes it’s also a little more.  It’s part personal journal, part “Zine”, and part open letter to friends, family, and the rest of the internet that shares a common interest.  It’s a place where I throw down my opinions on what is happening around the world, and in my life.   I write it mainly in a conversational tone as if we were just hanging out and talking.
Mad Ogre’s areas of interest are in Firearms, Automotive, Technology, Politics, and anything else that pings on my interest radar at the time.  I’ll talk about the headlines.  I’ll talk about what I catch on the news.  I’ll talk about what I read on the web.  I’ll talk about what I’ve been up to. I have opinions about everything and I’m not afraid to state them.  I’ve never heard of anything too dangerous to talk about… so I’ll talk about anything if I feel like it.  This blog is published and updated as I feel like it.  Sometimes, I’ll even update it a few times a day.  All depends on what I have going on. 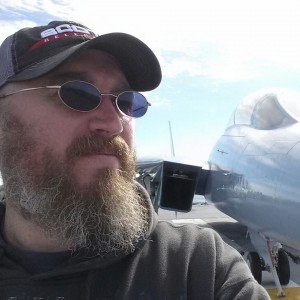 About the Ogre:
I served my Country as an 11B Light Infantryman.  I served my God as a Missionary for my Church.  I am a husband and a father.  I am an American.

I am educated.  I’ve studied  at  various colleges and Universities around the West.  Military Science at BYU.  History and Writing at USU and UVU.  Constitutional Law and Criminal Justice at Colorado Northwestern, where I graduated Colorado POST certified and National Parks Service Law Enforcement Ranger certified.   I have also attended seminars and classes at other schools that I don’t have time to list.  Robotics, Aeronautics, Physics, Art History, Marine Biology, Medieval History and Medieval Literature, Egyptology…. these are some of the subjects I’ve studied in the Jeffersonian Educational approach.   My main educational subject that I love is History. I’ve been told by various Universities that my studies would have earned me a Master’s Degree.  I once hired a guy with a Master’s Degree in Computer Science to do a job for me at 8 Bucks an Hour… So forgive me if I don’t really care about the corrupt system of “Higher Education” which seems to serve only the interests of making the Universities their filthy lucre.  I believe the collegiate system is a racket.  Legalized and subsidized extortion.  That and Universities disagree with something I believe in.  To quote Robert A. Heinlein:

“A human being should be able to change a diaper, plan an invasion, butcher a hog, conn a ship, design a building, write a sonnet, balance accounts, build a wall, set a bone, comfort the dying, take orders, give orders, cooperate, act alone, solve equations, analyze a new problem, pitch manure, program a computer, cook a tasty meal, fight efficiently, die gallantly. Specialization is for insects.”

I’ve done all those things.  Well, not die gallantly.  Yet.  Have had a few close calls though.  Pretty much everything I have done in my life has been so I can write about it… because above everything else, I am a writer.