I’ve been struggling with this subject for some time.   Not just the subject, but even if I should post this.   Publishing my thoughts on this – feels dangerous.  But the First Amendment is backed up by the Second.  So here it is:

Here’s the thing.   Sometime ago I observed a TSA Agent going about her business of providing Security Theater at the Airport.  She was Muslim, and wearing her traditional Muslim head-covering.   My knee-jerk reaction was that of anger.  It was her people are the reason why we have the TSA now.  Why we have to take off our shoes at the Airport.
But what got me even more angry – was that I got angry about that.  Damn it!  I’m not racist.  I never have been.  I’m not against anyone of a different faith than mine!  I’ve been wired against Hate all my life!
You see, I swore an Oath that I took and still take very seriously.  To protect the constitution.  To protect those that believe and say things that I might disagree with, but I’ll fight to the death to protect their right to say it.   That includes Muslims who wish to worship Allah and hold to the beliefs and practices of Islam.
Here’s another thing.  I’m a Mormon.  One of our Articles  of Faith says:

We claim the privilege of worshiping Almighty God according to the dictates of our own conscience, and allow all men the same privilege, let them worship how, where, or what they may.

We know what it feels like to be looked down upon for being different.  Mormons were driven out of their homes, several times.  Our church built homes only to be forced to leave them.  We built a whole city, only to be forced to leave it… A new temple that took so much sacrifice to build.  (Nauvoo) We only got to use it for a little while.  The Hayes Administration tried to block Mormon Immigrants.  A Governor declared a genocide on us.   If you study Mormon history, you find you are studying persecution and abuse for a very long time.  One of my own family was murdered for simply being Mormon.

So when we hear people speak like how Donald Trump is speaking, a part of us feels sick inside to see this happening again, even to another people.   It’s wrong, and all of my upbringing is against it.

And yet, there is a part of me that agrees with Trump’s assertion that we should hold off until we “figure out what’s going on” as he said.  Is holding off until we have a viable vetting process such a bad idea?  President Jimmie Carter did just that.  Yet when Trumps says that, he’s a badguy?  I don’t get that.

END_OF_DOCUMENT_TOKEN_TO_BE_REPLACED 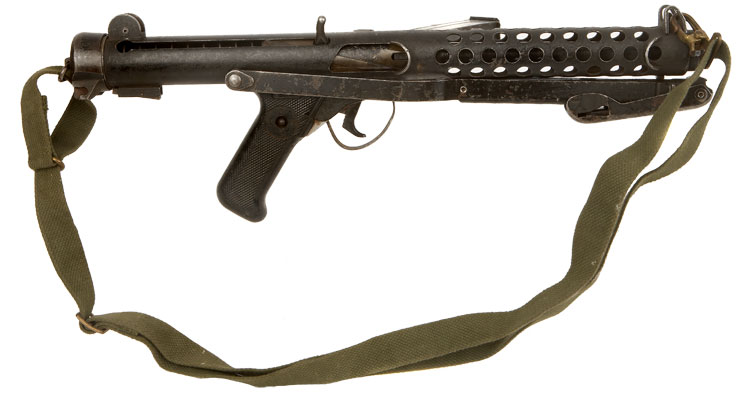 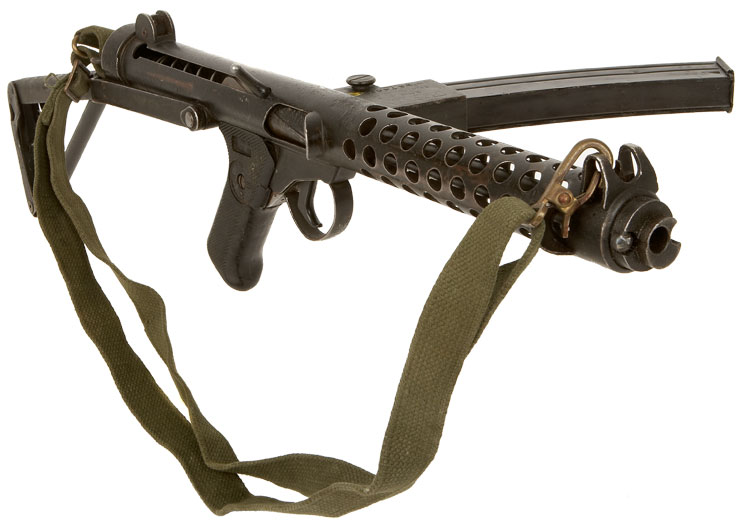 Gundoc is taking up the microphone.  Bookmark this.  Interesting things are going to be happening there.

The problem with Frog Lube is that when you get right down to it, it’s an oil.  An Organic Compound at that.
Oils, no matter how slick as snot they are… no matter how good they are… will burn out.  Organics burn out quicker than synthetics. They just do.  Because they are organic.  The phrase “Cooking off” literally applies here.  Synthetics resist cooking off much better.
However the synthetic oils used in Slipstream are not the lubricant.  The fact that they are slick is great… bonus.  And in the SLIPSTREAM STYX, we take advantage of the anti-corrosion properties of the oils.  But either way the oils are only the CARRIER for the actual Lubricant.  The actual lubricant is a Nano Particle.
Metal, even ferous metal is not hydroscopic.  Some guys claims that their lube soaks in, is fictitious. It’s not going to “Absorb” or “Soak” into the metal.  It can work into the microscopic imperfections…. but you still have microscopic imperfections filled with oil.
Slipstream’s Nano Particles cover those imperfections… a microscopic chip and seal, if you will.  It’s gives the lowest coefficient of friction known to science.
And it doesn’t cook out.  It becomes part of the metal.  In fact, it creates a surface harder than the substrate.  Harder.  Slicker.  Wont cook off.  You would literally melt the gun before you would cook out or burn out Slipstream.  You might cook off the carrier oil… but the actual lubricant remains.

This is actually the downside to Slipstream.   The more you use it, the less you need, until you just don’t need anymore.  I’ve not lubed by Glock in 2 years… 3 years.  So then you stop buying it.

And I’ll put STYX against Frog Lube for corrosion protection. Any day.

FACT:  Slipstream kicks Froglube in the face until it’s retarded.

Now, this is going to raise some hackles. I know that. And that’s why I post things like that… A. Because I like Slipstream. And B. Because Slipstream is better. For you guys that are Froglube Advocates… and that’s fine if you are… I have a question for you. Watch this first:

Okay, It gets sticky and gummy… so when that happens you are going to heat it up again and put more on. That just doesn’t sound like a winning plan to me. This is another reason Slipstream wins. When the oil is gone in Slipstream, the Lube is still there. And it doesn’t get sticky. Ever. I don’t want my gun getting sticky inside. Ever. I want my lube to be slick all the time. But that’s just me. You can be different. 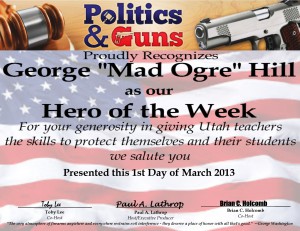 We got in a brand new 336W from Marlin. The barrel is stamped Illion, NY, so there is no question this isn’t an older gun.
I was very impressed with the fit and finish of the gun.  Its using a nicer laminated stock instead of birch, or whatever wood they used before.  It looks nice.  The stocks actually fit the gun, which is a first for many years now.  It feels like a solid and well built gun,  which was my hope when Remington bought Marlin.
The W gun though, is Remington/Marlin’s bargain gun.  Its the lever action equivalent to the 870 Express.  As solid as the others, but without the refinement.  The finish, like the 870 Express, is a bead-blasted blued.  Which means its not a finish but a fast and dirty process that is just “good enough” to get by.  It looks matte, and can hold oil, if you bother to take care of it.  If you don’t, it can rust if you look at it sideways.
Because of this, the finish isn’t well suited for harsh conditions.  The surface however is very well suited for something else… Cerakote.
So here is the program:

Get a new Illion stamped 336W.  They retail for only 399 bucks.  Bargain rifle of the Century.  Send it to Crusader Weaponry.
The stocks will be removed.  The action disassembled.  Sights removed.
The barreled action will be Cerakoted to any color you like, but Crusader’s Grey is a solid option for this.  Magpul Flat Dark Earth is another good choice.
New sights will be installed.  The XS Lever Rail.  They are 150 bucks.
The Bolt will be Slipstreamed.
Option 1.  The Lever will be debured/polished, and Slipstreamed on the inside portion, and Cerakoted on the outside portion.
Option 2. Wild West Guns big loop lever, polished, Slipstreamed, and Cerakoted.    150 bucks.
Bear-Proof Ejector is an option, as is the Trigger Happy Trigger… priced accordingly, of course.

The Sling Swivel studs on the W have a loop on them, but feel, because they are, cheap and unsatisfactory.  We would recommend replacing them with standard studs for standard quick disconnect sling attachments.  A third sling swivel stud can be added forward on the stock on and the side for another loop for a Single Point Sling.
The stock could also be Cerakoted same or contrasting color to help weatherproof the stock.

Total Cost of this Harsh Conditions conversion would of course depend on options and time, but I’d imagine you would have a seriously kick ass Lever Action for a very reasonable price.

Crusader Weaponry is mentioned in the January 2013 issue of AMERICAN RIFLEMAN in the article titled, “Don’t Fear The Darkness”. Specifically, the author took his Glock 34 with CW’s Edge package to the three-gun match. 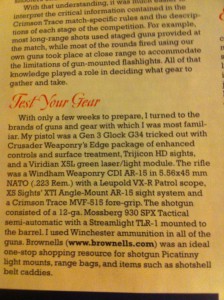 Crusader Weaponry is heart broken over the tragic event in CT. Since the news broke, I’ve felt sick to my stomach over this, and have no been able to keep very much food down. Such a tragedy makes one evaluate a great many things. We wish there was something that we could do to help… but there is nothing that we could ever do that would bring back the lives of those slain by this insane inhuman monster.
The best we can do is to help minimize such events in the future.
Joe and I talked about this and made a commitment.
Any Teacher or School Administration with a CCW Permit can come to any of our Defensive Handgun courses free of charge. This is a $200 donation per head to the safety of our Children. If a School District so desires, Crusader will hold a special course for them, and if Travel is required, we only ask for enough to cover the cost of the travel.
We wish we could do more.
But we are committed to our believe that we need an Active Defense Measure in our Schools. We need our schools and other institutions to have people on staff at all times that are Trained and Armed and always vigilant. We can not Educate our Children if we can not Protect our Children.

Everyone that reads MadOgre.com either is or knows someone who is into Firearms one way or another.  Military, Security Contractor, Law Enforcement, Sports Shooter… or just a Collector.   A Gun is a Machine, simple as that.  And like all Machines, need to be cared for.  Part of that is Lubrication.  A really great gift for any Gunslinger is SLIPSTREAM.

Order Slipstream straight from Amazon.com.  Whoever you give it to, will love it.  They will appreciate this more than those Golf Club Cozies you got them last year.

Slipstream also works on other types of Machinery.  It has been used on Robots, Aircraft, Cars, Trucks, Hovercraft, Motorcycles, and Earth Moving Equipment.  NASA has used it on Spaceships.  No, I am not kidding or exaggerating.   Any machine or device that has one part moving against another part – does so better with Slipstream.   But it was developed specifically for guns.  All types of guns.  I’ve tested it in over 400 different firearms and have had great results in all of them, results hands down better than any other gun lubricant tried.

Give the gift of reliability for Christmas.

Oleg Volk has been sent one of our Broadsword rifles, the same one that Rob Pincus as just tested.  Yes, the Broadsword really does look that cool.    In fact, it can be cooler yet, because we can do your Broadsword in whatever colors you want.  Coyote Tan.  Flat Dark Earth.  Murder Black.  Our Signature Gray.  Ogre Green.  Whatever you want. 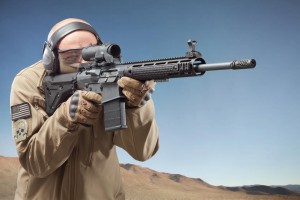 The Broadsword rifle from Crusader Weaponry.  A 762 that shoots like a 556.  Rugged, reliable, and deadly accurate.  This is the best 762 AR type weapon on the planet, bar none.  If you buy anything else, you have made a mistake.

In the picture is the Broadsword wearing Diamondhead sights and an Elcan optic which are not included, but one could consider them “Serving Suggestions”.  I would suggest these highly, as I would also suggest perhaps a 6x ACOG.