I’ve really come back to my true handgunning loves…. Hammer Fired Guns with Metal Frames.  1911’s specifically, followed by SIG’s, Beretta’s, CZ’s, and those funky 3rd Gen S&W slab-fisted automatics life the 5906 and 4506 and 1066.   There is just something about them.  Now, the 1911 famously being the stand out Single Action.  It takes the grown for being ruggedly handsome.  If it was an actor in a leading role, it’s character would have 5:00 Shadow and 6:00 AM.

The 1911 remains the pistol of choice for a great many Pistol Aficionados.   It’s just so very good at so many things.  I still distrust 1911’s with barrels shorter than 4″, but that’s a whole other conversation.

Revolvers also fall under the Hammer Fired, Metal Framed catagory.  Interestingly, my attention has been on guns patterned on the Single Action Army, but slightly more modern.  Ruger Blackhawks, and even Colt’s New Frontier.    And with these guns, I’m more interested in the ones with barrels shorter than 5″.  4″ is ideal, I do believe.

I’ve been tinkering a lot on my guns as of late.   Playing the Kitchen Table Gunsmith.  Re-learning a great many things that I had forgotten or have not bothered with in decades.   You can really screw things up doing this.  Especially when, like me, you know just enough to get yourself in a mess of trouble.  Luckily I’ve avoided such troubles and have really pushed the limits of my skills.  The results are simply that my guns are slick and seem to be functioning better than ever.  The one thing I have never forgotten.   Take. Your. Time.  Don’t rush anything you do when you take a gun apart.  Take your time and think everything through.  Every part, pin and spring.

This new Brad Pitt movie coming out has me on edge – I can’t wait to see it.  It’s called “Fury”.  It’s a WWII Tank movie.  The only other one I can think of is Kelly’s Heroes.  (Not just a weird kinda sandwich)  Evidently it’s staring a real and actual German Tiger tank… the last one.  That’s just too freaking awesome.  The Tiger was truly full on beastly.  It’s a good thing the Germans didn’t have them in the same numbers that we had our Shermans.  Hmmm… I wonder if other nations think the same thing about our M1 Abrams tanks?

I heard on the news that an American was just killed in Syria, while fighting FOR the group known as ISIS.  My response was “Good!”  Then the report mention that the Government’s response was to issue a Travel Advisory about American’s going to Syria.  Nothing about Americans fighting along side terrorist assholes… Which evidently is fine, just don’t fly into Syria to do it.

Robin Williams’ death.  The thing that gets me about Robin Williams suicide – was all the good work he did for sick kids and all the good work he did for the troops.  He was liberal, sure, but he was a humanitarian first and foremost.   I’m just disappointed he pulled his own plug when he could have been the next Bob Hope with the USO… he could have been doing so much more with those kids.  And then is struck me.  What would people say about us like that?  What potential do other people see in us that they never tell us?   Suicide is a symptom of a very low, very negative sense of Self Worth.  This is why so many of our Service men and women choose to kill themselves.   And not just Veterans… look at the problems with Teenagers.

So I want to help that.  This Ice Bucket Challenge for ALS… Yeah, that’s all fine and all.  I did it.  So if I did it, you know it’s jumped the shark.  So I have a new challenge.   If you know someone who you think might be feeling down… Boost them up.  Tell them the potential that you see in them and help them reach that.   Warm their hearts with Self Confidence and don’t throw ice water on their spirits.

Here’s a quick paraphrasing of some of the more common questions I’ve been getting lately, mainly through YouTube and Facebook.  I’ll answer them here as well.

Q:  What’s been your most reliable pistol?
A:  Honestly most of my guns have been very reliable.  Most reliable though would be the ones I still own, my Glock 23, Springfield 1911 GI, and Beretta 92FS.  I tend to filter out unreliable guns.   The most reliable gun…. well, while none of these guns have ever – EVER – given me a jam, the Glock has by far had the most rounds fired through it and unlike any other gun I own, I’ve fed that Glock a large diet of nasty steel cased imported ammo of types I’d just not consider running through any other pistol.  So I’ll have to give the nod to the Glock, it’s just a trooper.

Q:  What’s been your worst pistol?
A:  Easily the CZ 100.   A gun that should never have been made.  Ever.  It was so bad, I may one day pick up another one just because it was such a stand out gun in my mind.   Uniquely horrible trigger that remains the worst of the worst, wrapped up in a design that is equally horrible in its own right.

Q:  What’s your favorite gun?
A:  Overall, Remington 870 Police/Tactical.  Really just any 870 with a short barrel.  I would rather have that than any other gun.  Talking specifically handguns – favorite would be the 1911.

For long time MadOgre.com readers, yes, I’ve come back to the 1911 pistol.  Again.

I’ve been thinking about three new firearms courses.   Let me bounce this off you guys and see if these would have some traction.

1.  The Lever Action Operators Course.   This course would be a focus class on the Lever Action Rifle platform, specifically Winchester 94’s, 92’s, and Marlin’s 1895’s, 336’s, and 1894 rifles.
The course would start out with the introductions, history and development… and then move to disassembly, cleaning, repairs and modifications, and then moving on to tactical applications within the weapon’s performance envelope.

2.  The 1911 Intensive.  So many Shooters have commented that they are “Not Familiar” with the 1911.  This course would fix that.  Taking someone who’s never fired a 1911 before, and turning them into someone who is both familiar and confident with the pistol.  This would start out with of course the history and development of the 1911 pistol from 1907 to present.  We’ll cover a detailed breakdown of the 1911, to full disassembly and reassembly.  Every single pin and part.  Students would bring their 1911’s and we’ll tear them apart, inspect each part, clean and lubricate each part, and reassemble.  We’ll talk about common modifications, things to avoid, things to look for, and how to make the 1911 fit you the best.  Then we’ll cover the application of the 1911 in a defensive role.   Classroom in the Morning, Shooting in the afternoon.

3.  The Grilling While Armed Tactical Grilling and Shooting.  We’ll combine two of my favorite things in one course.   We’ll start out with how to set up your grill, how to cook direct grilling and smoking on your Weber (or other) charcoal grill.  Once the coals are lit and the meat and heat are set, we’ll do a defensive pistol course.  During the breaks from shooting, we’ll cover Pro Level, Champion Grade cooking techniques so you get the most out of your Grill.  Then we shoot some more.  And then once the smoking and grilling is done – We FEAST.  So you come away from this course, full and satisfied with grilled and smoked foods, and with the knowledge to grill and smoke your own, and with some improvement to your defensive shooting.  Okay, really this is just a day of hanging out at the range with good people and good food and enjoying the Freedom Lifestyle.

WARNING:  The following is an Inflammatory Political Opinion Rant:

END_OF_DOCUMENT_TOKEN_TO_BE_REPLACED

We see in Ferguson, MO the most recent application of LEO’s that are far more Weaponized than the normal police officer or even SWAT.   This is the future.

END_OF_DOCUMENT_TOKEN_TO_BE_REPLACED 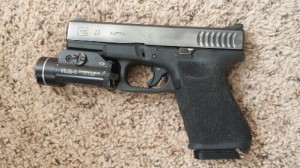 END_OF_DOCUMENT_TOKEN_TO_BE_REPLACED

Ferguson, Missouri. Here’s my take on the situation. The Media is all over how the Police are too Militarized and are too heavy handed. True. And frighteningly so. However, take a look at the other side of this. We have a complete breakdown of society that happened within just hours. People were upset about a Police Shooting… So the response of the people there was to flip over vehicles, burn down buildings, and loot everything that wasn’t under armed guard. In their own town, in their own neighborhood, to their own neighbors. They are doing this to themselves. I’m sorry, but that has got to be contained and stopped, like firefighters fighting a wild fire. With what I’ve seen in the many videos of the rioters and what they are doing – I think the Ferguson Police were doing it right. A big show of force that communicated “This stops here”.
Then they went and jumped the shark as that power went quickly to their heads and became part of the problem themselves.
This is a situation that needs to be evaluated in great detail as to how it proliferated from protest to pure chaos. We need to see the stages and the signs and we need to break this down into lessons we can learn from.
This is Prepper School Fodder right here.
Civil Unrest is a reality that moves just as fast as a fictional Zombie Uprising. We use Zombie Uprising as an analog for Disaster Training… but guys, I’m telling you. You just saw that happen in Ferguson, MO. There’s your Zombie Uprising, so don’t tell me Zombies are not real. Because that situation in Ferguson is very real. And if it can happen there, it can happen anywhere. It can happen where you live. So we need to think about that. Break that down.
Look at where you live. Imagine that situation in YOUR TOWN. Ask Your Self some questions.
1. Where would it most likely happen?
2. Can you Button Up and Hold Out, or will you need to Go Mobile?
3. If you need to Move Out, then what is your movement plan?
4. What is your Destination?
5. What are your Preps for that? Moving or Holding.
6. Who is in your Group to back you up and what is their Readiness?

You need those answers NOW. Because looking at Ferguson, you don’t have time to make the preps when things start to happen. You only have time to execute your plans.

Few guns get me revved up like custom lever action rifles.  I’m not talking about off the shelf guns with off the shelf accessories bolted on to them… I’m talking real old school custom work.

That’s what I’m talking about.   Just had to share the Gun Lust.

In Texas, one is not allowed to Open Carry a handgun, but you can a Long Arm.  This has lead to many incidences of guys packing their rifles into places one does not normally see someone packing a rifle.
They do this out of Protest and to try to help promote the Second Amendment.   The problem with this is that it raises many alarms and often cops get involved and it ends up on YouTube, and eventually the location in question puts up notices that no guns are allowed there at all.

I have a better idea.

END_OF_DOCUMENT_TOKEN_TO_BE_REPLACED 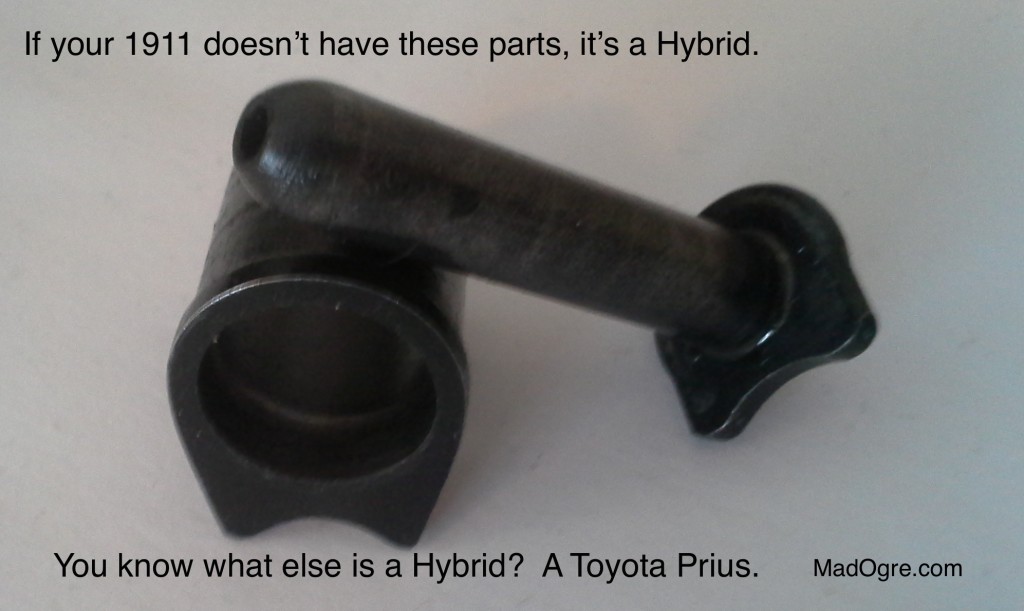