Some psycho kills 9 people and the 10th victim is American History.

I was pleased to see that the potential for Anti-Gun Politics to flare up didn’t happen.  The shooter had a photo with the Confederate Flag on his Facebook Page, so obviously the Bad Guy here is the Confederate Flag…  So in order to stop Hate, people are pulling down all the Confederate Flags everywhere.
You know what?  I’m fine with that.  Let’s throw the General Lee’s Battle Flag under the bus.  That’s our Scape Goat for this horror, so be it.   But then they started talking pulling down books, movies, and video games.  And there’s talk of pulling down statues and a National Monument.
Wait one second.
American History may not be all Rocket’s Red Glare… but it’s our History.  We need to OWN IT.  For good or bad, it’s our history… OURS.  We need to Remember It.  We need to Learn from it.  So we don’t need to Repeat it.  Glossing over the bothersome bits… glossing over the parts we don’t like… the parts that make us uncomfortable… is intellectually dishonest.

What is called the Confederate Flag was really not the Confederate Flag.  It was Robert E Lee’s Battle Flag during The War of Norther Aggression.    To some, it’s a symbol of Hate.  To others it’s a symbol of Rebellion.  To others, it’s a symbol of Southern Pride.  And to others it is a part of our collective American History.   To the Democrats, it’s all about that Southern Pride.  The Democrats with deep ties to Racism and all it’s ugly collateral that goes with it, loved the “Dixie Flag”.  Bill Clinton’s campaign used the hell out of it.  So did so many Democrats around the south.   Personally, to me, it’s the Rebellion.  The standing up to and fighting against the Federal Government.   BECAUSE THAT’S WHAT IT WAS.

I don’t care if you like it or not.  You don’t have to like it.   But you should respect it.  Before you call for it’s removal, you should understand it’s significance.  Censuring that flag as a symbol of hate is just ignorant.   Especially when other things are not censured.  Such as the Swastika.  Che Guevara T-Shirts.  Censuring one and not all… means your offended Self Absorbed Holier than Thou situational Moral High Ground is a Fraud.  It’s False.    So that means that you are either ignorant or dishonest.  One or the other… maybe both.  If we’re going to censure hate – there’s so much out there that also needs to be censured.  And if that’s what you’re wanting to do… Then you become one of those tyranical, hysterical book burners and you’ve just become that very thing you’ve been against.  Congratulations, you slobbering moron. 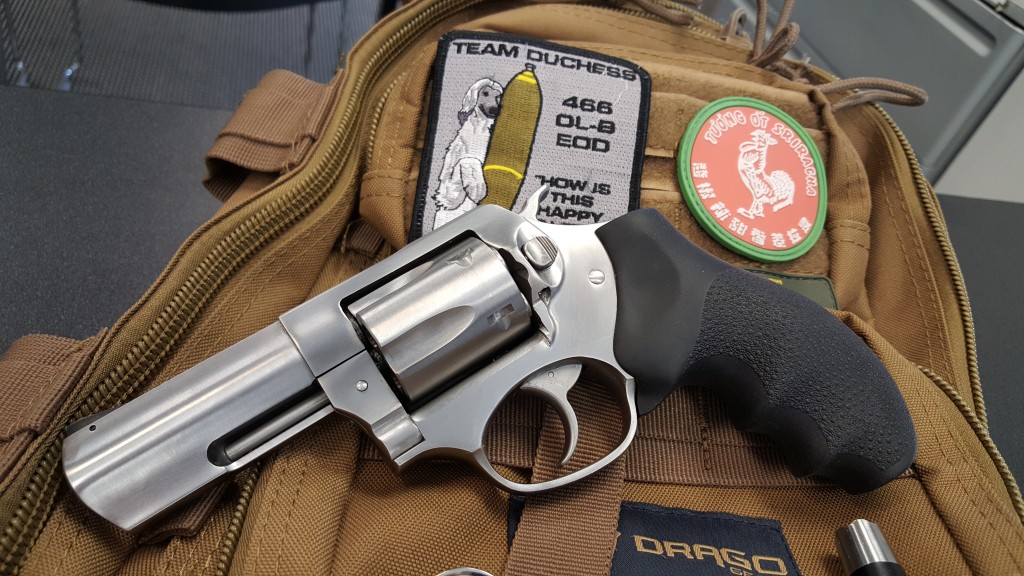 It’s been fun packing the SP101.  Having a .357 Magnum on you is… what’s the right word?  Liberating.  There’s a certain feeling of confidence I’m getting with this SP101 that I’ve not felt since… Since I first starting packing.

As you can see from the above image, I’ve changed the grips from the factory squared grips – which honestly I didn’t really care for – to these nice Hogue Monogrips.  The difference in feel is night and day.  This is almost a completely different gun now.  Not only does it feel so much better, but it actually carries better because the butt of the gun is not squared off, but tapers down nicely.  It hides better too.  It’s just – better.   In firing, it dampens the recoil a bit better than stock too.  Not a whole lot, but it’s there.
If you are still running factory – I seriously recommend the change.  Unless of course, these just don’t fit your evidently Sasquatch-Like Paws.

Typically I’m packing the gun with 10 rounds standing by for reloading.  I do not feel like I’m at any disadvantage.  15 rounds of .357 Magnum is plenty for normal concealed carry.   If I need more, I’ll get my backup gun… which is an 870 Street Howitzer.  If I need more than that – I’m calling the Cavalry.
The load I’m carrying remains the Federal 158 grain SJHP.  With which I am satisfied.  For the time being.  Until I am convinced something else is tangibly better in this application.   Normally I’m a Hornady fan or a PDX1… but .357 Magnum is a different animal altogether.  The bullets do not need to be so fancy.  Just heavy and fast.
When I get my holsters from Adams Holsters, I’ll be packing the GP100 Match Champion as my main gun, and the SP101 will become the secondary.    As intended.   But for now… This little Magnum is serving admirably. 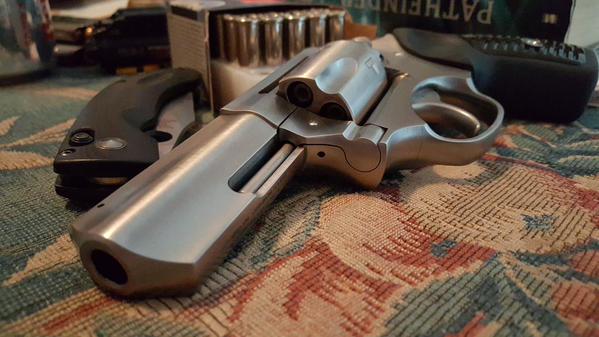 The Ruger SP101 just impresses the hell out of me.  I love it.  A friend of mine let me borrow one a long time ago for an article in Concealed Carry Magazine.  (Read That Here)  Ever since I shot Norse’s little Magnum, I’ve wanted one. 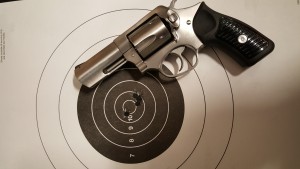 And finally, after all these years I finally have one of my own.  I’m quite happy with it.  Probably the most satisfying of gun purchases I’ve ever made.  Should have got one Eons ago.

Some things I want to do with it.  Gold Bead front sight post.  Nice wood grips.  Trigger job.  Deep target crown.  All in due time.  I’m in no rush.  Like a few other guns – this one is going to be with me forever.   It’s going to be my main concealment gun.

Now, the platform is one thing.  The carry ammo is another.  .357 magnum has a lot of great options out there.  Everyone that makes ammo, makes .357.  And I do like heavy for caliber… so I’m thinking at least 158 grains, and it’s gotta be loaded hot. 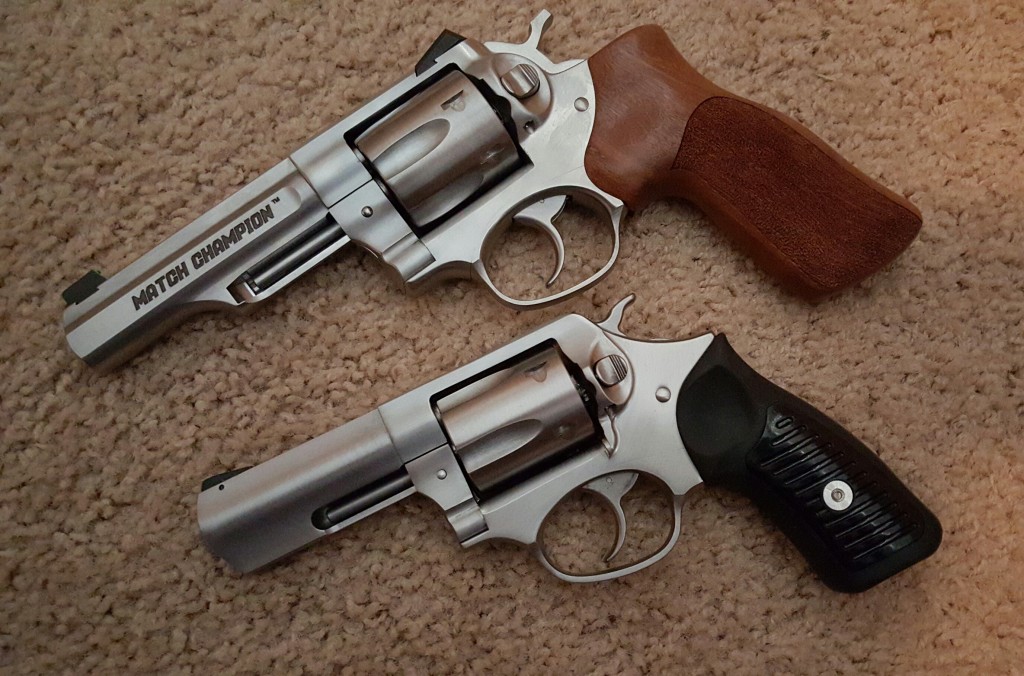 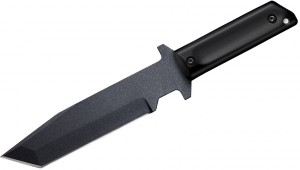 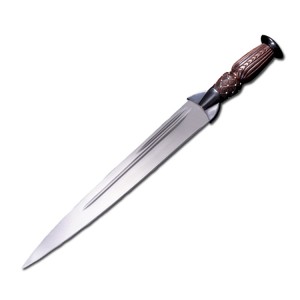 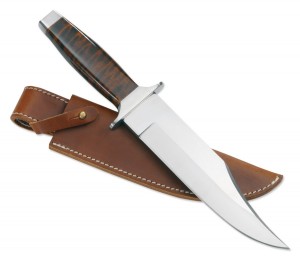 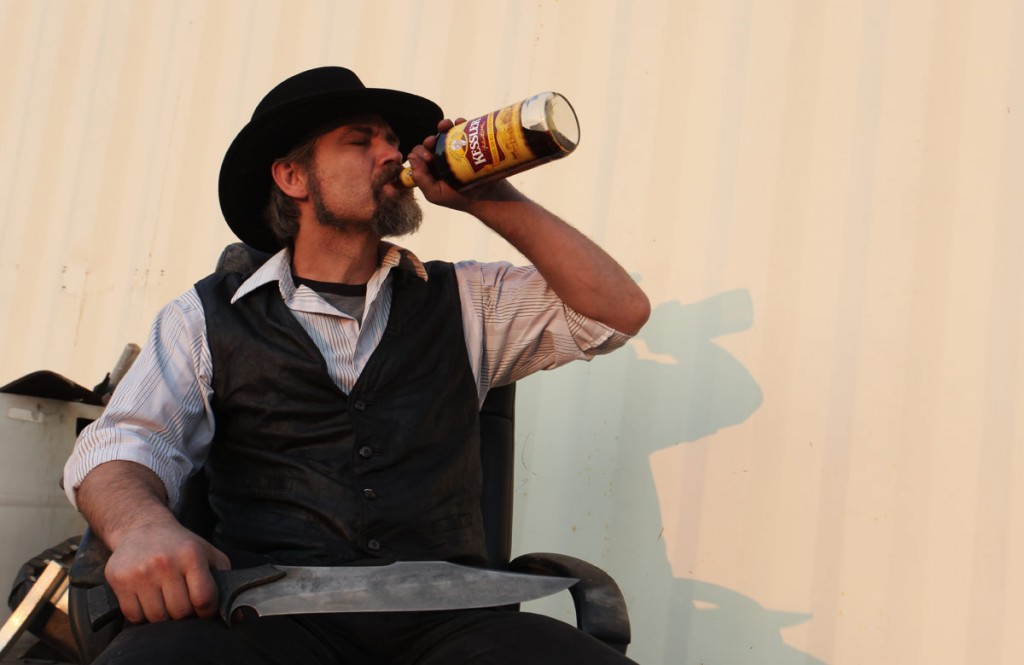