When I first saw the Vanderhall Venice, I was really smitten.  I was thinking it was the coolest thing ever.  And they are cool.  Don’t get me wrong, they are cool and they are fun to drive.    The problem I have with them is that they are 30 Grand.   For that much money, you can buy some pretty nice cars that are also fun to drive but also offer some practicality.  The Venice has no practicality to it.  At all.   The other cars out there that you could get also have a certain level of Build Quality.  And that’s my main problem with the Venice.  Vanderhall is almost there with it, but every car seems like it’s still a prototype. 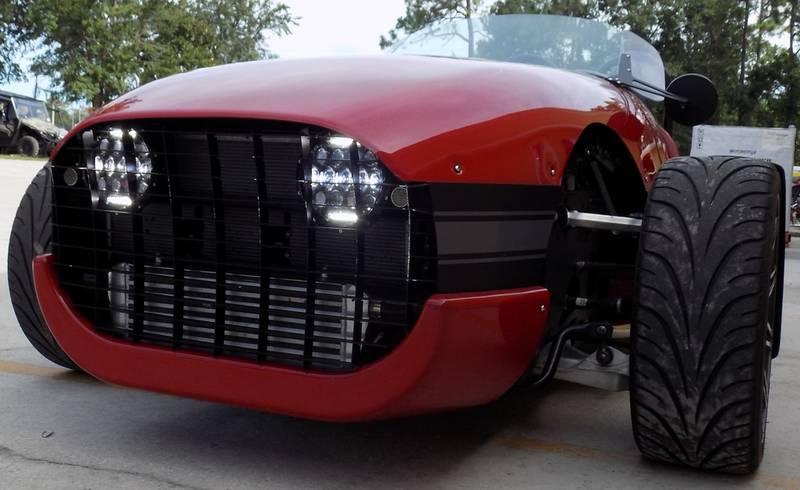 The Venice has a vibe of a 60’s era Formula 1 car.  Like something James Garner drove in “Grand Prix”.  But they missed that mark in cosmetics and other styling points.  They also missed the mark on the “Modern Morgan 3 Wheeler” they were shooting at.

Let’s look at the details.  The grill just flat out looks cheap as hell.  It looks like an old-fashioned Ice Tray insert.  That’s a detail that bugged me from the very first instant when I saw it.  I like that the headlights are tucked in, but overall the impression is that the entire front end was just phoned in.  Also, the area below the grill being flat faced when it could have been more like a Formula 1 cowling.  It was a missed opportunity for greatness. END_OF_DOCUMENT_TOKEN_TO_BE_REPLACED