I must not fear.
Fear is the mind-killer.
Fear is the little-death that brings total obliteration.
I will face my fear.
I will permit it to pass over me and through me.
And when it has gone past I will turn the inner eye to see its path.
Where the fear has gone there will be nothing. Only I will remain.

The Bene-Gesserit “Litany Against Fear”… I say this when I am dealing with great pain.  I know this sounds stupid, but when I recite this in my head, usually by the third or forth repetition I am back in control and can continue with what I am trying to do… such as standing up on a broken ankle, or other severe mind-numbing pain.    I said this when I shattered an ankle.  I said this when I took a round to my vest…

I also said this before I shot a 298 at the MAG-40 class.  It’s not necessarily about fear… but more about focus.  I can’t explain it, but it works for me.  It might work for you too.

I contacted Amazon about the Kindles.  2 are getting replaced free of charge.  The third was out of warranty.  40 bucks to replace that one.

These Kindles are for my boys, wife as an iPad.  I like my Smart Phone, but doing a lot of reading on it is less than optimal.  Id like a larger reader than my phone for myself…  I’m kinda digging the specs on the new Kindle Fire.

What says The Horde?

Crusader Weaponry is proud to announce the official launch of Slipstream Styx.

Styx is our Maritime formula.  Designed to provide not just the ultimate in lubrication, but also the best in corrosion protection.  We designed this stuff for our Marine warrior brothers, for our brothers in the Sheriff’s Departments and Police Departments in Coastal areas.  Styx would be absolutely perfect for Somali Pirates – but we wont sell it to them.  The guys that hunt Somali Pirate, however… this is the stuff for you.  Coast Guard’s Law Enforcement and Drug Interdiction guys – this stuff is for you.  Virginia Beach Police – this stuff is for you.  For you guys packing Concealed Carry in Atlanta Georgia where you can get all kinds of hot and sweaty… This stuff is for you too.

Slipstream Styx.  Your unfair advantage. Get it in your gun. 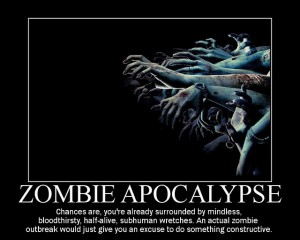 UPRISING USA:  Get it in Amazon.com.  UPRISING UK is coming out very soon.  UPRISING Russia is being written now.  UPRISING China is after that.  Other UPRISING Authors are working hard on their books.  UPRISING ANTHOLOGIES is also being worked on.  Then the UPRISING Insider is going to be written, which is a Glossary/Director’s Commentaries on the UPRISING series.

The Mustang II is a lie.  It’s not a Mustang. It’s not even a “Two” because there was nothing before it.  I don’t care how nice yours was, or how much you loved it… It was a damn dirty lie!

The Amazon Kindle Reader.  We’ve got 3 of them at Ogre Ranch.  All three of them are DOA.  Floating belly up.  Circling the drain.  They are Late Kindles.  The Spark of Kindle Life is extinguished.

Each one was working fine… and then just stopped powering on, waking up, or whatever the thing does – it’s not doing it anymore.  No blunt force trauma to them.  No immersion in fluids.  Nothing was done to them… they just stopped working.

Anyone know what we can do with these Dead Kindles?

When I buy one for myself… I think I’m going to have to go with the B&N Nook.

Let me start by saying this… Round count doesn’t matter.  When you bring in a gun to trade in, the store doesn’t need the full Biography of the gun.  We don’t need to hear the round count.  I don’t care that you only had 1 magazine fired through it.  You only fired 1 box so it’s practically brand new.  That’s all meaningless.  I had a guy that swore he only fired 3 rounds out of his Ruger revolver.  Doesn’t matter.  A.  People lie about that big time… and B.  Firearms don’t have Odometers on them.  Unlike the value of a Car, the value of a gun doesn’t factor the number of rounds fired.  Not at all.

What we do care about is CONDITION.  In fact, that’s practically all that matters.  Unless you have a gun that was NEVER fired and is in PERFECT and FLAWLESS condition, then maybe.  But that almost never happens, so it’s moot.    On just about any gun, firing some rounds is going to effect the condition a little.  Most guns go from 100% to 98% almost instantly.  After that, they could stay there for awhile at 98 for good long time of careful handling.  Most guns tend to be 95%.  This effects the value more drastically.

Now when you bring in a gun, and it’s 95%, say it’s worth X amount of dollars according to the book.  That’s the Max we could sell it for.  We have to make some money on that gun, so we are going to give you less than that.  About half, because we have to mark it up, but keep it less than a brand new gun by a margin that would still let the gun move instead of people saying “Well, I’d just buy the gun new.”  Don’t be offended if your baby doesn’t bring the big bucks you wanted.  It’s nothing personal.  And your beautifully crafted, bitter-sweet story isn’t going to raise the value either.  Come on, if the gun meant so much to you, why the hell are you trading it in?  Don’t be thick. If your Baby is worth so much – then sell it yourself.   You know you are going to take a hit on value if you trade it.  If we gave people what they wanted for a trade in gun – Used guns would cost double what New guns would cost.  We can’t sell a used gun that’s priced outside of it’s Book Value.  The store ends up sitting on them for years until they are finally marked down to Give Away prices just to get rid of the things.

So no, Sir.  I’m not going to give you twelve hundred bucks for your late Grandfather’s WWI Ruger Mini-14 with a Simmons scope on top.

The big Embassy attack that has people up in arms…. WTF was that?  Guy with an AK rattles off some rounds at the Embassy then just walks around for half an hour waiting for someone to shoot him.

With all those cops around there… it took half an hour to engage the guy with an AK.  Are they serious?

Uprising USA. Get it.

The Blaze has an interesting news article.

Zombies are worth over 5 Billion dollars.

I am wondering if Zombies are worth more than Werewolves or Vampires now.  Hmmm.  That would be interesting to know.    Zombie popularity is huge.  Forget Ann Rice and Edward Cullen.  Zombies.  They are like Bacon.  They make everything better they are added to.

Now, most Zombie stories are about just base survival.  Living through the Zombie Apocalypse is good… that’s fine.  Uprising is about winning the Apocalypse by doing what few others do.  Capitalizing on the situation and taking advantage of opportunities… and crushing evil where it’s found.