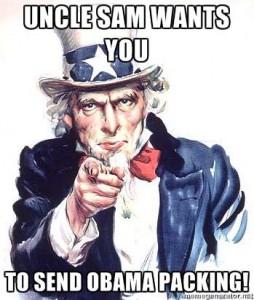 It is being reported that the President is now sending “About a Hundred” US troops to Uganda.  This is great.  Because I was thinking we were running out of pointless wars… Iraq and Libya coming to ends, that would leave us with only one!  Afghanistan.  Now we don’t have to fret at all.  Military Advisers never gets us drawn in an escalation into a shooting war…

*looks at the history books and turns pages to Vietnam*

Uganda.  That’s great.  At least its not another shithole place like…

*looks at a Google Earth* 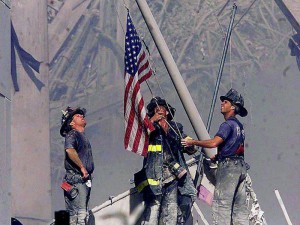 There are many images of September 11th… The images of the wounds we suffered as a Nation.  However, this is the image that I’ve selected.  It shows quite simply, that we will endure.  We will not forget.  We will not forgive.  And we will become stronger after our wounds heal.

And then I look at this photo… and I’m reminded that we will endure this too.  We’ll take back our Government next year.  We’ll fix this FUBAR country and set things right.  I pray to God that next year the Obama Administration will be ridden out of Washington DC on rails.

Our Administration seems to really know how to screw things up.  When the economy is as shaky as it is…

They are going to start closing down power plants.    Brown-outs, higher costs, this is going to kick our nation in the sweets.  We need Power and Industry to keep our Nation moving and prospering.  This administration seems to want to strangle that.  If their goal is to ruin our country – they are doing a great job.

Obama is freaking up in the night.  No, I don’t want higher taxes, Mr. President… you jackass.  Since you’ve been in office, my income has been lower and the cost of everything has gone higher.  My savings are depleted and debt is rising.  All of this as a direct result of your policies.  Direct and tangible results of the Obama administration’s actions.

No, I don’t want to pay more.  I want this Administration to go away.  I can’t wait to Vote you jackasses out of office come November 2012.

Obama’s popularity is crashing.  He is unable to just make “suggestions” to congress with any expectations that they will get done.  If he does so, all the Blue Dog Democrats are going to stand up against him because they remembered what happened when they passed the AWB under Clinton.

This means he’s gong to have to make an Executive Order.  Something that we’ve known he’d do if he won reelection.  A Second Term Obama means an Obama without his Mask.  If he wins, not only is his mask off… but also the gloves.  He’s going to be a disaster of biblical proportions that makes the damage he’s already done look like a simple bad hair day.  But what we are starting to see here now is something actually potentially worse.  We’re starting to see a Cornered Obama.  Backed up against the wall he’s going to be desperate to advance his agenda in his last days in power.

One mistake people make is in thinking Obama is stupid.  He’s not.  Acting incompetent like a greenhorn is how he’s getting a pass from the masses of the growing uncomfortable supporters.    So he’s going to make some seriously draconian actions that can be argued as “Reasonable”.

END_OF_DOCUMENT_TOKEN_TO_BE_REPLACED

Those guys are getting our cash for free… And buying Chinese Military Hardware with it… And we’re still giving them our Tax Dollars.   WTF!

In the light of Gun Safety, our Beloved Leader is going to propose more Gun Control.

Mike Huckabee says that he might give a Presidential run in 2012 a pass.  Oh joy!  I have a serious dislike of Mike Huckabee… he should stick to his radio show.  But I hate his radio show as well.  He’s always shilling his Simple Books, Simple Government, Simple Christmas… with his Huck This and Huck that… it really gets under my skin.

Why?   Because Huckabee gave us Obama.

He stayed in the race only to make sure Mitt Romney couldn’t win.  He divided the votes on purpose to allow McCain to win by such comfortable margins… McCain – the last guy any Conservative wanted to win the nomination.   Then with some many people saying that they would never vote for McCain… they stayed home from the polls… Our turn out was low.   Obama won each state by small margins overall.   If we had a less distasteful candidate things would have been different.  Instead, we got McCain and that allowed Obama to ride the Soul Train into the White House.

I hold Huckabee accountable for that.  I also don’t like the fact that The Huckster is rabidly Anti-Mormon.  Religious Bigotry because one Christian group believes differently than another Christian group.  That’s small minded, pathetic, and is not a character trait that we need in a President.