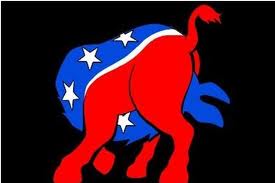 The issue of the BATFE letting guns go into Mexico is a huge problem and is now getting the attention that it deserves.

The BATFE needs to make some amends here.  There is much to be accountable for.  The BATFE has broken the faith and committed a massive violation of trust.  I think the BATFE has outlived their usefulness.  Gun Dealers have been villainized by these guys, and it turns out that they have committed the much greater sin.

END_OF_DOCUMENT_TOKEN_TO_BE_REPLACED

I had to laugh…

The National Debt is now equal to the National Economy.
This news is more disappointing than it is surprising.  We’ve seen this coming from a mile away.  We’ve seen the spending like the proverbial “Drunken Sailor”.   But this is an insult to Drunken Sailors.  Congress is much worse, because I know several drunken sailors and when they get really hammered, they wake up the next morning with a new tattoo and an empty wallet, but their partying never put me and my family in debt.  Sure, I did have to post bail once for one particular guy, but I got that money back… and I didn’t have to cover his bar tab.

END_OF_DOCUMENT_TOKEN_TO_BE_REPLACED

I had an interesting conversation with a pretty important figure in the community. He encouraged me to run again for the State Legislature. Next time on the Republican ticket. He said that while it would be a tough race for the Primaries, but winning that, I’d pretty much walk into Congress. He dropped some names on me of people who would support me. It’s tempting. I said that I would give it the utmost consideration. The support that I had was incredible, and knowing that I would have more really is encouraging.
However to be honest, the process of campaigning was draining. A lot of work for very little reward other than “Just Doing The Right Thing.” The compensation for being in office doesn’t equal the expenses that I would have being out in SLC while the House is in session. I was willing to do it before, but it was a lot to put my family through. We made a lot of sacrifices as a family, and I don’t want to ask them to go through that again for another run at the House.
State Senate on the other hand, that’s a different story. If I was to run for office again, it would be for the Senate and right now, the man in that office is unassailable. I’d have to wait until he was more vulnerable. So until then… I just have to say “I’ll think about it.”

The Police Car subset of the Auto Industry is a fairly boring segment for a narrow nitch market. Yet the money is well worth a car company to pursue that nitch. I drove a Chevy Caprice cruiser. It was a great car. Smooth, roomy. Very comfortable. Fast flat out, but not quick. It handled like a barge. It was stable when parked, or just going straight. Taking a curve caused a massive weight shift that if one didn’t expect it or were otherwise ready for it, could cause one to visit the ditch. However, if you learned to handle it, a good driver to really work the Caprice’s strengths. In it’s day, the Chevy Caprice was the Cop Car of choice all across the country. This became even more matter of fact when Chevy revamped the Caprice into what was affectionately called the “Turtleback”. The police turtlebacks were powered with a detuned LT-1 engine, giving the large and heavy car some good performance.

END_OF_DOCUMENT_TOKEN_TO_BE_REPLACED

As most readers of MadOgre.com know, I am not a fan of Ken Salazar.  Ken serves under President Obama as the Secretary of the Interior.  This fact alone marks him as one that should not be trusted.  But now he has taken things a step further and has thumbed his nose at the Constitution and the Rule of Law.

Michelle Malkin has the story about it.

The story that really isnt getting out however is even more infuriating.  Out here in the Uintah Basin, the Department of the Interior held an auction for 77 oil drilling leases.  The bids were won.  The payments were made.  But Ken Salazar hasn’t released the permits for drilling.  This is a game that the Department of the Interior has been playing for decades and decades, and Ken Salazar has basically crushed it, kept the money, and refuses to release those permits.   Some companies were not overly effected.  But others were crushed.  The results were some company failures and a lot of companies moving drilling operations to North Dakota.  The direct economic impact to my little corner of the planet was that we saw a Job Loss of 3,000 workers.

That’s not 3,000 jobs in the country… or in the state… That was 3,000 jobs here in this local area.   Think about that.   We had homes that went vacant all around town.  Foreclosures.  Repossessions.   Trickle down job losses, deep cuts across the board… financial stresses on families.  It ruined lives here.  It kicked my own personal economy below the belt, because all the sudden my best customers were unemployed or had moved away.   All because of Salazar.

This was devastating to the areas economy.  One could see this as an Administration’s punishment on Utah.  One could also see this as the work of a bitter, spiteful, and completely unlikable man from Colorado who has a grudge.

Not only is Ken Salazar immensely unlikeable, the man wears a Cowboy Hat and a String Tie.  No one wears that anymore.  That look went out with the TV show “Dallas”.    Get Rid of Salazar!

Our friend David Codrea blogs at War on Guns an the Examiner. David has broken a story wide open that should be looked at very closely. He’s titled this issue “Project Gunwalker.” Let me break it down for you in a nutshell. The BATFE has been tracking illegal gun sales and gun trafficing into Mexico, including illegal gunsales that the BATFE ordered Gun Dealers to allow happen. Let me say that again… The BATFE ordered gun dealers to sell guns illegally. Thousands of guns.  Those guns were tracked into Mexico. Some of those guns were found at scenes of crimes, including the murders of US Border Patrol Agents. They ordered the Gun Dealers to make the illegal sales, so they could be tracked. And then the Main Stream Media makes US Gun Dealers look like the bad guys here. As if these crimes wouldn’t have happened if Gun Dealers would have been more honest. This is a farce. This is a breach of trust by the BATFE, and it needs to become public knowledge. Some media outlets are starting to pick up on this. David is going to be coming on Armed American Radio to talk about Project Gunwalker… this is staggering.

Good job breaking this story, David.  Keep up the good work.  And we will see you on the Radio!