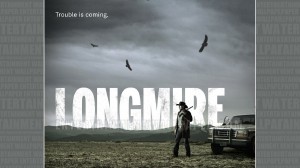 For some reason, this show just captured my attention.   It’s kind of like a more dramatic Jesse Stone series, set in the West.  The hero of the show is a full sized Ford Bronco… I mean, a Sheriff named Longmire.  He’s not a perfect guy… the classic flawed hero thing.  What’s cool about it, is that it would be too easy to channel John Wayne or Clint Eastwood for the role of a Western Cowboy Sheriff type.   But he’s not doing that.  He’s just a guy that’s holding down his job.  He makes mistakes, but handles his problems the best he can.  He carries a Colt 1911 and a Winchester 94.  He’s a most interesting leading character because of his faults.

Here’s another reason to watch Longmire. 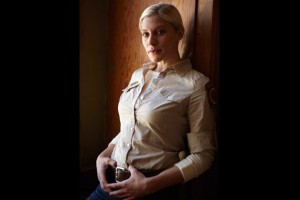 Katee Sackoff plays a Deputy.  She’s come a long way and really shows her acting talent, especially in the most recent episode.  If you didn’t like her before – you will in this show.   She’s a very good actress.  Surprisingly so.  We remember her from the cocky spaceship pilot in Battlestar Galactica.  Here, she plays a character of far more depth.  She has a list of problems as well, to the point her character should be unlikable… but she is.  Because Katee’s acting makes her believable.   Which is good because not all of the things in the show are believable… because they do throw in a measure of Western Lore Fantasy in there for fun… But overall I think one can relate more to this show than “Justified”… the only other cowboy hat lawman show I know of.

You see a good mix of drama and action… character development and personality conflicts.   Overall, it’s a great show.   I like it a lot.

Doing this Play is taking a lot out if me.  I’m so tired, I can’t see straight. 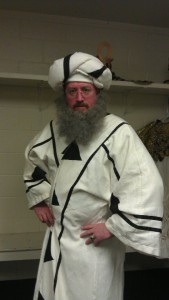 (When I posted this, It was well after 1 AM… after getting up at 6 AM and doing a full day at work.)

It’s become the Cool Guy thing to rip on Talk Radio. Even when quoting – it’s important for Cool Guy to distance himself any association with Talk Radio. That’s fine. That can be your thing. Eat your Peanut M&Ms by the bagful and then complain that it has nuts in it. Go ahead.
Me, I love talk radio and most of the time my radios are tuned to an AM Talk station… When it’s not, it’s on a Classic Rock station but usually that’s just when the Talk Radio is doing Sports. Not that I have anything against Sports – it’s just that I find that Radio is a poor venue for Sports. Unless it’s Jim Rome, and then he’s about Talk Radio again.  And you guys know all about my involvement with Armed American Radio, with Mark Walters, a 3 hour live radio talk show about firearms related news, politics, and hardware.  Most of the time I come in during the 3rd Hour Round Table.  I’ve also been quoted on other radio talk shows and have called in (had been asked to) to several others as well.  I basically grew up around Talk Radio… so much so that it’s almost a Parental Figure in my life.
I don’t get to listen to Talk Radio as much as I’d like. You heard that right. I like to listen to Talk Radio and would do so more if it was possible.
Here are my favorites for Weekday Talk Radio:

END_OF_DOCUMENT_TOKEN_TO_BE_REPLACED

SpikeTV called me last Thursday… Skype video interview… Followups…
They wanted me in a new TV show they are working up called “Americana”.  I don’t know what all the show would entail… But it sounds interesting.
It also sounded a bit too invasive.  I don’t want a TV Crew crawling around my home.  We are pretty private folks here and I’m not digging that. See, I’ve never posted pics of the front of my house, the names of all my kids, my street address… There is a reason for that.
I’ve been followed, I’ve been threatened, I’ve faced some funky situations normal folks don’t deal with because I have a strange quasi minor celebrity thing going on… Then when I ran for office, I had more threats, tangible enough to warrant reporting.  Not against me… But my family.  Doing this show would not be in the best interests of my family.  It would have been great for me, for Crusader… But not my family.  So I’m going to pass.
Yes, I’m turning down another TV show.  Again.

I’ve been reading George RR Martin’s Game of Thrones series.  As far as High Fantasy goes… I have to tell you, it is the best I’ve ever read.
The characters are well developed, believeable, and will do unexpected things. Trying to predict what will happen next is an unsuccessful effort.   What happens to the characters will have you shocked, cheering, or saying “you can’t do that!”
I understand its. TV series on HBO. I look forward to getting it on DVD dome day.

In one corner, we have Gandalf the White.  Wizard of the First Order, armed with a stick that glows in the dark.  In the other corner we have Masterchief.  Hero of Halo, armed with whatever weapons he finds.

I think this just might be just as valid as “Deadliest Warrior”.  Just sayin.

I’m just not buying this “Deadliest Warrior” show.  Pitting the greatest warriors in history against each other… showing the weapons… detailing the strengths… and then drawing the totally wrong conclusions.

Roman Centurion vs. Rajput…. The Centurion was a force of nature.  A man who came up through the ranks of the legion the hard way… by dishing out industrial strength murder at every turn.  And they say he lost to a Whirly bird with a frisbee and a tape measure?  That doesn’t even make sense.

An Apache vs a Gladiator…. The Gladiator lived for single combat, facing his adversary down toe to toe and then ripping his limbs on and force feeding it to him while feeling nothing but the thrill of carnage and roar of the crowds… and they say he lost to a guy who’s main strength was burglary?  Sneaking up on some unsuspecting ranch hand?  That’s laughable.

This show is good entertainment, I’ll give you that.  But even my 3 year old called BS on the show.

In the Cast Reveal clip of Top Shot, season 3… we see a unique selection of weapons that hasn’t been on Top Shot before.  A Sten, Mauser… and an RPG.

Damn… maybe I should have done the show!

For those who are fans of the movie, “The Thing”… either Classic or Carpenter… then delight in this little short story.  It’s The Thing from the perspective of the Thing, and it’s a brilliant piece of creative writing.

Thanks go to Terry on WTA for posting this up.  It’s great stuff.

There are two TV shows that I want on DVD, the full series collections…

1.   The Shield.  I’ve not seen a single episode, because I want to watch it all from the very start.   Reason that I want to see it, because I’ve heard only universal praise of the show.  I’m not into Cop Dramas… But I think I can groove on The Shield.  The show has been praised by my most trusted advisors.  This is all I need to know.

2.  Sons of Anarchy.  I started watching in season 3 on Hulu.  I need to catch this from the start too.  Season 3 rocks to a shockingly high degree… If you guys have missed SOA – you missed some tight story telling and compelling characters and a kick butt cast.