According to the Military Times, the US Marines are looking to officially pick up an off the shelf 1911 for it’s MARSOC program.

The choice is between the Colt Rail Gun and the Springfield MC Operator.

Between the two, I’d pick the Springfield in a heartbeat.  Springfield has shown consistent quality control and a commitment to its customer base by backing up their products with the industry’s best customer service.  Everyone I know that has one of these MC Operators has been more than impressed with them.  Accurate and reliable.

One thing I don’t understand is why the Operator instead of the TRP?  The Springfield TRP Pro was the pick of the FBI Hostage Rescue Team…. a group that is a little picky about their weapons, and absolute artists when it comes to the application of those weapons.  The TRPs roll out for about 1500 bucks and the MC Operators for about 1200.  But money isn’t a question for these guys.  It’s not the rail, because we’ve seen TRP’s with and without rails.  Mayhaps the MC Operator is more reliable than TRP?  Hmmm…

Just a quick update on my Marlin 1895GBL, .45-70.  To recap, I bought one, and it was faulty.  The stock was loose and the action was locking up.  I only got a half a box of rounds through it before I had to send it in to Marlin for repair.
It came back from Marlin the other day, repaired and ready for action.  Some nice Freight Damage on the stock now.  Thanks a lot for that, Marlin.  I send you a new gun in and it comes back looking like an old used one.  That’s just SPIFFY, Marlin. Thanks for that, seriously.  THANK YOU.
The good news about it is that the gun function and the stock fits.  It’s now a functional firearm now.  Looks 10 years old, sure, but hey, at least it’s a gun now.  So to celebrate the return of the Guide Gun, I picked up a box of Remington 405 grain Jacketed Soft Points.  A nice heavy slug on a moderate load.  Recoil is mild.  It’s isn’t a kick, but a shove.  The muzzle blast is impressive, especially after dark.  To say it’s fun to shoot is like saying Bacon is Tasty.  No kidding!  One can easily fire multiple rounds in rapid succession, with accuracy.
But man, I love shooting this thing!  It’s a blast!  And the fact that it packs enough punch to knock down Bigfoot, it’s a bonus.
So, I have to give a thank you to the Evil One on WTA, my friend Jim Jones… He’s the one that talked me into getting this gun, and I am very happy he did.

I need something bigger.

Crusader Weaponry has teamed up with Lucid to provide a very good optical gunsight for our rifles.  When I first tested the Lucid HD7, it impressed the hell out of me.  It was clear, solid, and did everything I wanted an optic to do.  In fact, it did better than I had hoped.  I put it on a number of guns, trying to break it.  Including a 12 gauge with slugs.  It held up.  As far as accuracy goes, it actually improved my accuracy with my own M4.

We recommend the Lucid for the best bang for the buck solution for all our 5.56mm rifles. When you order your Bones, Partisan, Templar, or your own custom configuration, ask for the Lucid to come with the gun as a package. 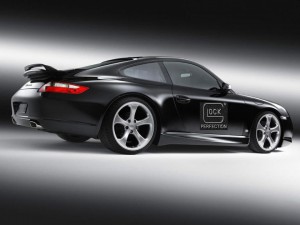 For the last 40 years Porsche has been remaking the same design and calling it brand new, and the fans have been lapping it up and eagerly await the next version. Those on the outside look at it and see that it is the same thing.  The engine was misplaced, tacked on the rear like an afterthought outboard motor.  Every one is waiting for Porsche to scoot it in a bit to improve the car’s balance.
Glock only comes out with a new gun when someone makes a new caliber… In the twenty years of Glockdom, we have seen new generations which we are told are better than the previous ones, and the Glock Enthusiasts will happily explain it to you like evangelical missionaries.  But those on the outside look at it and see the same fault… That grip angle.  It’s wrong.  It’s not the same geometry that Saint J. Moses Browning chiselled in stone, so it can’t be right.
Now here is the thing about both the car and the gun… Like them or not, they work.  The racing beetle continues to be one of the worlds very best sportscars, as the Glock continues to be one of the best handguns.  Wrong or not, there is something very right about them.

I didn’t really understand the desire to own an M4.  The magazine was limited and it was just overpriced.
Then we got in the new civilian M4 H2O. It’s even more expensive. But this time there is a difference.
Now, its worth every penny.
You get the full capacity.  The anti corrosion coating.  And the collapsable stock… It’s the full enchilada.  It is the most badass automatic tactical shotgun in the world.

First it was Michelle Obama, with a captive audience of US Soldiers basically telling them that they are all fat and need to eat salads.
“Don’t worry, you’ll be a veggie guy soon.” She quipped.
What?  They are our Warriors.  They need MEAT… They need PROTEIN.  Forget the Salads unless they ask for it and give them steaks with sides of bacon.   We need our military strong and scary ferocious.  Salads… WTF?  Does she think for a minute that anyone of those Soldiers would have been there if they had not been ordered to?

And now there is this “SS” Controversy.   To these Marines, the SS badge means Scout Sniper… and unless you are a Scout Sniper – Shut the hell up about it.  This is their right to be proud of the achievement of becoming one.  Unless you work at a Gun Shop and meet 543 Scout Snipers every day that is.  The Marine Scout Sniper Program is one of the US Military’s Elite groups.   I trained with some Marine Scout Snipers at “Long Range International” and let me tell you, they were really and truly the best shooters I have ever had the honor to spend time with.
Unless you are a part of it, you have no right to force your ignorant opinion about the matter.   Why do I say Ignorant?  Because the “SS” Badge has been used for decades and no one says crap about it.  Hot Rodders call it “Super Sport”.

This last 48 hours has really given me a new perspective on what is important in life. One of my sons, my 12 year old, came down with Croup… an uncontrolled coughing thing. This triggered multiple Asthma attacks.
No sleep for the last 2 nights. No rest at all. Multiple trips to the ER where the morons there treated the asthma attacks but did jack shit about the croup which is what was triggering the asthma attacks. We finally got some stuff to control the coughing and since then we’ve had no more asthma incidences.

For my wife and I, this is the scariest thing in our lives. A threat to the life of one of our children that we can’t do anything about… we can’t fight this enemy. Give me a round in the Octagon with any MMA Fighter. Drop me into Iran with a rolled up newspaper. Give me an enemy I can fight! Anything but this Asthma shit. All you can do is watch your child struggle to just breath, and all you can do is pray.

Everything seems to be on the mend now. No more fits of uncontrollable coughing, no more asthma trying to strangle my boy. He’s breathing… he’s sleeping… I think we have things back in control.

Looks like RAW TV picked another group of people to do the show. Let me back up. RAW TV is the company that did GOLD RUSH ALASKA for the Discovery Channel. They are looking at doing another show and we were in the top 6, but didn’t make the cut. This was going to be a show for the Discovery Channel… and it could have been huge for us. But they wanted more people that could be a bit more volcanic with each other… that’s what Discovery likes. Crusader doesn’t yell at eachother… so I guess we are not good TV for that. Oh well.
I’m disappointed.

Every time I turn on a Talk Radio station, I’m hearing about Obama Administrations SNAFU with the Catholics. You’ve all heard of this already, I’m sure, so I’m not going to rehash it. But basically the Obamistration is telling the Catholic Church that they must go against their faith and do something they believe to be wrong. A clear violation of the First Amendment. This is a Freedom Of Religion issue. Forcing them to go against their religion is not freedom for it. Compulsion, regardless of reason or purpose, is an ugly thing. This is going to effect not just the Catholics, but all Faiths. As such, all Faiths are outraged.
For example, if you believe homosexuality is wrong, the administration is saying you have to. That’s going against a principle of your faith. Now the administration is saying that they can compromise. Okay, so now instead of going all out in an act you believe is wrong, they are saying “Okay, just put the tip in”. Yeah, that’s not going to work either… The only thing that is going to be acceptable is a complete reversal of the order.
Here’s the thing though… The talking heads are all saying that the Catholics are going to all vote against Obama now and the Democrats and this is going to really hurt them. I don’t think that’s going to pan out. Looking bad, yes. Hurt them? Maybe a little. Because when it comes right down to it, Democrats regardless of faith is still going to vote Democrat. Catholics vote 54% to 60% for the Democrats depending on who you listen to. Democrats have always supported Planned Parenthood, Abortion Rights, and the distribution of contraceptives at schools. Yet the majority of Catholics have been still voting in favor of the Democrats. This isn’t going to change because of the guy in the Oval Office all the sudden. Sure, they crossed the line. But those that don’t vote their convictions will just move that line.
Here’s the way I see it. If you are a Good Catholic, or a Good Mormon… as the Policies of those Churches dictate – you can not vote Democrat because you are voting against your faith.