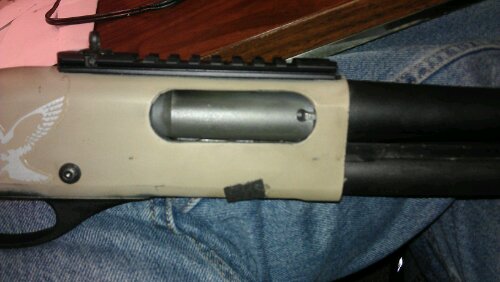 Huey posted this… this guy wins.

A big chunk of the shooting community seems to be in two camps. Hunting Guys and Tactical Guys and I’ve heard arguments between the two about who is better and all that nonsense. I know guys on both sides of that line in the sand.

One side buys long brown guns and fire rounds never used by the Military. They will also use pointy sticks and strings to bring down big game. These guys can load their guns backwards and then kill an Elk with it. They camo up and blend in with their surroundings like the Predator and will mimic their prey and get within spitting distance.

The other guys buy guns that are Black or Coyote Tan and they fire rounds by the bucket loads and practice shooting their Semi’s with speed and accuracy that is unprecedented in Military History. They will rip into a target like a hurricane, dominate a situation, and counter any threat they come across. Both sides have strong points. END_OF_DOCUMENT_TOKEN_TO_BE_REPLACED

Something bad is happening… you have to go.  Now.  You grab one weapon… only one.  What do you grab?   I have a modest collection of arms, but I couldn’t grab all of them.  I’d have to pick one.   I suspect most of my readers are in the same boat.  I’ll give you guys about 1 second to guess what my choice would be.