In Uprising Russia we come across a couple wanting to help our heroes.  The know where Musket is.  But our heroes find out that these people are Vampires.
Turns out Vamps don’t like Zombies.

It seems that the news media would have us believe that most of these wild fires across the west have started because of target shooting.
This is bullshit.
I’ve fired millions of rounds, and the only fire I caused was when I fired tracers – after protesting because I thought there was a risk – and lit half of Camp Williams.  Regular ammo just doesn’t cause fires.  I doesn’t.
The Libtards are going to use it to enact more gun control.

The subject of Lever Action Rifles has been stirring a lot more emotions lately.  And it’s not my fault.  I blame Tracy for this.  Tracy is a local cowboy out here that comes out to Crusader Training using his Lever Action rifles.


To run a Lever defensively, you need not all the modern accessories… the gun is serviceable as is. You needn’t run it with your support hand far out in front as is the modern style. These are not modern guns so you keep your support hand in a location where you find balance and support to work the action. You run it under the same theories as you run your tactical shotguns… fire one, reload one. Fire two, reload two. Keep the gun topped off as much as possible. Standard rifle tactics apply other wise. I find it best to keep ammo not in individual loops like is popular, but in a pouch so you can carry more ammo in bulk rather than a small fixed amount. I like to keep this pouch on the Strong Side, not the Support side like is popular with Shotguns. Reason being is that it’s easier to reload with your Strong Hand than it is the Support Hand. Easier and more efficient. This might be counter to other’s doctrine, but this is what has been working for me for some time now.

Winchester pattern guns or Marlin pattern guns both have their Pro’s and Con’s and one is not clearly better than the other in Rifle Calibers. But I must say that I am quiet fond of the Winchester 92 Pattern guns for Pistol Calibers. But that’s just a Flavor Preference and not a Technical one. I do like the ability to drop a cartridge into the open top if you’ve run the gun dry.

As far as caliber selections… you can argue the benefits of all the options. .44, .45, .357 and such… all fine and well. I’m fond of the .45-70 for my Big Medicine. But don’t discount the Classic .30-30 Win. Ammo is cheap enough an it’s enough gun to drop an Elk let alone Deer or Assorted Baddies. And as far as trajectory goes, the .30-30 offers about the best there is. Especially with LEVERevolution ammo from Hornady.
Crusader Weaponry will be teaching a Lever Action Focus Course in the near future. If you are interested and serious about training with us… Post such below and Emails will be kept for organizing the class. We’re looking at this Fall. 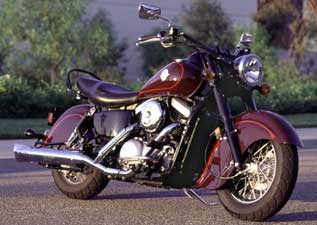 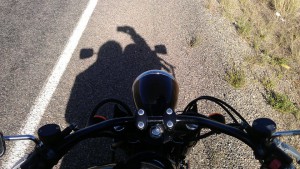 Last Saturday Headshot Willy brought out one of the new SIG P938 pistols.  I’ve posted about it before… how cool I thought they were.

Well, at the Range, I was finally able to try my hand with it.  The gun shoots as good as it looks.  It was accurate and the recoil was plenty mild enough in 9mm.  Very controllable.

My target was a small melon sized rock on a berm.  6 out of 6 hits.  Plenty good enough for defensive use, and to convince me that one of these days I’ll have to own one of these pistols now.

The class was fantastic.  An Instructor couldn’t ask for a better group of Students.  Former Marine and his Daughter, A Tactical Cowboy, an experienced shooter wanting to sharpen his skills… and then we had The Gun Dudes.
This was a Basic Level Course, so it was mostly Old Hat to some of the guys here… but we all still had a good time.  The more advanced level shooters were still challenged in one particularly simple, yet difficult drill… and we saw the guys work hard to do it right.  I was going to say more about the course… but those that have been to a Crusader course know what went down and those that haven’t yet, well, you gotta come out.