Ruger is rolling out a new version of the LC9, the “LC9s”. 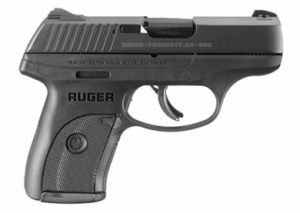 The “S” of course, means “Striker”.  It is said that this has a very good trigger pull.   If that’s the case, and it really does have a good trigger pull… well then.  That changes things in regards to my opinion of the LC9.  The S model would then be a pistol well worth considering.    Let me tell you why.

END_OF_DOCUMENT_TOKEN_TO_BE_REPLACED

I’ve been doing a lot of reading lately. And it always impresses me that even in the oldest books about shooting, trigger control is always mentioned as being critical. It was every bit as important “Back Then” as it is now. The only difference is that back then, they didn’t have trick sights with illuminated or fiber optic sights. They didn’t have mini red dots and lasers. What they had was Trigger Discipline.
Another thing they didn’t have was any form of decent technique or tactics.
But don’t think for a minute that if you were to go back in time you would be able to clean how.
Because back then ammo was cheap. Even by today’s dollars and their income levels back then, ammo was cheap. While they may not have been much on the Art of the Dynamics… They could hit. And no matter then or now, Hitting is Winning.
And here’s the deal… I bet you could take your Great Great Grandpa and give him your gun, and he could hit with it. But he gives you his gun, you would be hard pressed hit the black.
Today we’ve been very spoiled with good triggers and CNC Machined actions making everything much more consistent. So he would think your trigger was awesome. You, might not think the same of his. Not that his was bad… just different.
But the one thing he had that I bet most guys don’t… He knew what a good trigger pull was. Not the trigger and the mechanics of it, but the biometrics and the technique to have a good pull.