I’ve a rather short list of handguns that are of interest to me, at the moment.  Perhaps the fascination will pass on these, but the Want Factor has been quite high all year so far. 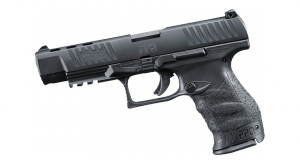 The P99 I reviewed for Concealed Carry Magazine really impressed me, overall. But a couple things that irritated me to one degree or another on the P99 was removed or fixed in the PPQ.  Namely the mag release and the decocker button on the top of the slide.  The PPQ retains everything good about the P99, just cleaned up.  Like a Subaru WRX without the Spoiler and Hood Nostril.  Talking to some other guys about the PPQ, such as Jon Hodoway from Nighthawk Custom Training… it’s quietly becoming a favorite in the class of Polyframed Striker Fired pistols. 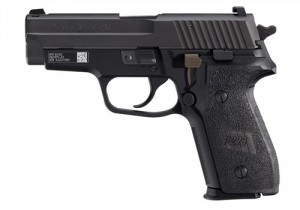 This is basically a reintroduction of the  very excellent SIG P228… Which is what SIG is now calling the 229… but the 229 has rails.  Don’t try to figure it out – it’s SIG and they just do things like that.  But it takes nothing away from the M11A1… Which is an excellent pistol and one that’s been on my mind more and more lately.  Slightly shorter than the full sized 226, the M11A1 comes home to that “Just Right” size for me.  For EDC work both Open or Concealed, this gun can get it done.  And has been getting it done under the 228 tag for a long time.  I had a 228 that I used as a backup gun for some time and it was quiet excellent.  I did have some problems with the trigger return spring, but that was an easy fix and it never troubled me again.  I miss that gun.  This is it’s resurrection. 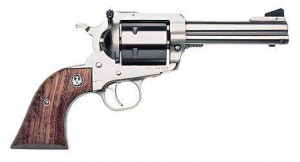 Nothing quite says “You’re Doomed” like thumbcocking back the hammer on an accurate and powerful single action revolver.  I’m more fond of the western style revolvers than I am the more “modern” double action types.  There’s something about the classic heritage of the breed that is both fascinating and just… I don’t know how to say it… “The way it should be”.  Especially when dealing with full potency magnum loads.  The only thing I’d do to this gun would be to get a Gold Bead front sight put in.  That’s it.  The reason I picked this over the Vaquero… the sights… the magnum frame… and a grip that fits my hand better.  The Vaquero felt too small to me.  Nice, but too small.  That and with the Blackhawks I can really place my shots.  For me, that’s a requirement with a gun with only a few rounds in it.  The shorter barrel looks properly handsome as well.    If I was in a rural area again where Open Carry didn’t even cause folks to look twice – That’s what I’d be packing most of the time I think.  (Along with a Truck Gun in the same caliber… Such as a Rossi 92 20″)

I’m thinking George Lucas must have joined SIG’s board of directors.  Check this out. 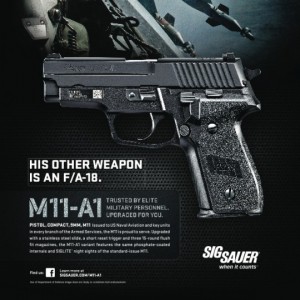 That my friends, is a SIG P228.  I used to have one.  I liked it.  So did other guys.  But not enough to keep SIG making it.  SIG discontinued it for many years.  Then they brought it back, briefly, with the addition of a rail.  Then they discontinued it again.

Now they are bringing it back with the Military Designation M11-A1.  To the Milspec Guys, the A1 designation means it’s all revamped to the newest standards.   And now some gun dudes (Not THE Gun Dudes) are getting all mushy about it.  “It’s a completely different pistol!” They say.  Oh for the love… No, it isn’t.  It’s a bloody P228!  If I take my wife’s Ford Explorer, scoot the seat back, and spray A1 on the back with Krylon, this doesn’t make it a completely different vehicle, it’s still a Ford Explorer.  And this M11A1 is still a P228… The same gun everyone ignored for the last 20 years.  But now all the sudden because it’s being sold under it’s Military Designation, it’s somehow better.  It’s just a 228.  And that’s a good thing.  The P228 is one my favorite handguns… It handles better than a 229, lighter too.  It’s a great gun.  But the way some guys are jizzing their pants about this is just crazy.  Where were you guys 20 years ago when SIG dropped the 228?  Because the M-11 has been around since 1989, used by the Military since then… and SIG still had to discontinue it because you guys were not buying it.

Hey SIG, just go ahead and Drop the “P” Designation of your pistols and make it “M”.