Here’s another awesome book… I’m reading through this one again, because it’s too good not too.  I got a copy in paperback for Christmas.  First time I read it was was on my laptop, rough draft.  It was great then.  It’s better now, actually holding your friend’s book in your hands.
If you haven’t read it, your wrong. 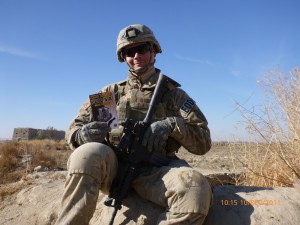 Congratulations to Larry Correia… he just sold the TV rights to MHI.  I think a TV show is likely.   Larry first gave me word of this at SHOT Show while on the way to get some chow… he said that it was in the works, but nothing finalized.  Well, now it’s a done deal.   That’s awesome.

All I gotta say… I want to be in the cast!

I keep telling people to read Monster Hunter International, and his following books.  They are Awesome +10.   His stuff is so good, Larry is now a Finalist for the Campbell Award.

That is so cool, only a master Wordsmith can put it into words.  So go read what Larry said.