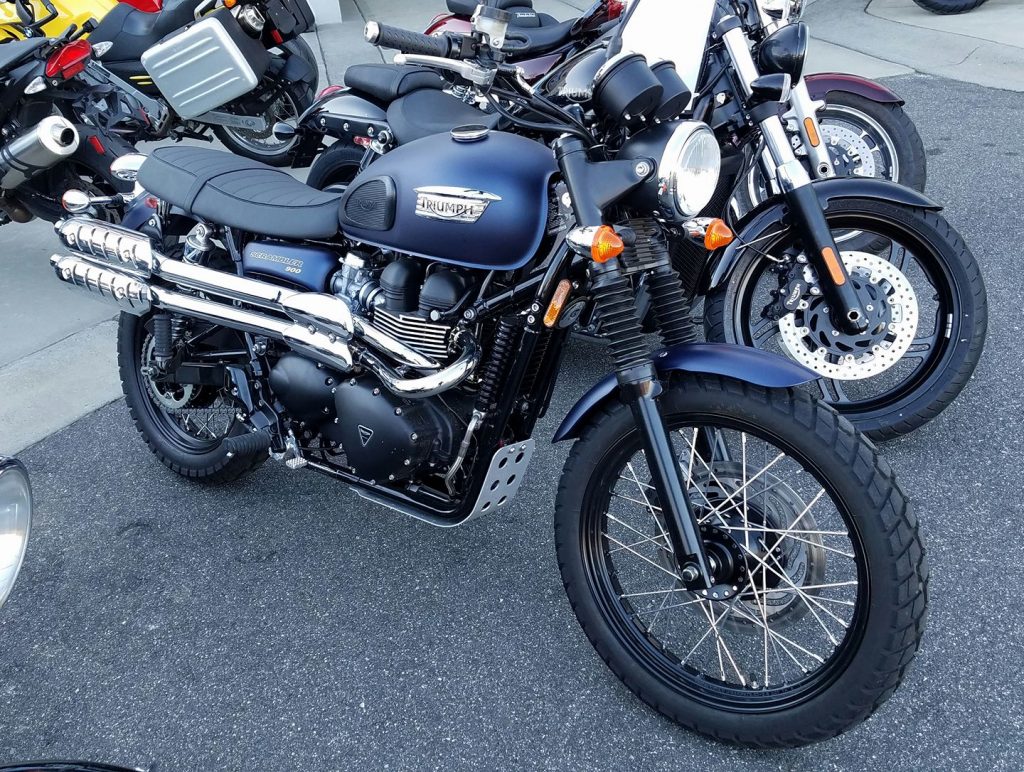 One of my favorite Motorcycles… the Triumph Scrambler.

Just rode this one…  It’s a 2016 model with the well known and battle proven 865cc Oil-Air Cooled engine.  This engine produces as modest 58 horses and 68nm of torque moving a 500 pound bike… so that sounds like it’s not enough.  Sounds as if it’s going to be a dog.  But this is one of those bikes where Numbers don’t Matter.

One thing that stands out to everyone looking at the Triumph Scrambler is the Pipes.  No, they wont burn you.  Yes, you will feel the warmth from them on a hot day if you are not moving.  This is like any Air Cooled twin… You are going to feel the engine heat no matter what.  These pipes have two layers of Heat Shielding over them.  The first plate is angled to funnel air under the heat shields to keep them cool.  I’ve ridden these enough to where I know that if it could burn you, it would have burnt me.  I don’t even know anyone that has had a burnt leg because of the pipes.  I do know one guy that fried his hand when he grabbed the pipe in front of the heat shield… because he wanted to know if it was hot.  Turns out, yeah.  It was.  Don’t do that, and you’ll be fine.

It is such a great bike. There’s something about the classic Triumph Scrambler that really speaks to me.   See, the engine is not all that powerful. The bike isn’t really light at all.  It even has far too much chrome on it for my personal tastes… and the suspension really isn’t even all that great.  But the bike is more than the sum of it’s parts. Everything about it FEELS RIGHT when you ride it. Not looking at it, or sitting on it in a showroom… It Feels Right when RIDING.   It feels like this is what Motorcycling should be.  What it’s all about. 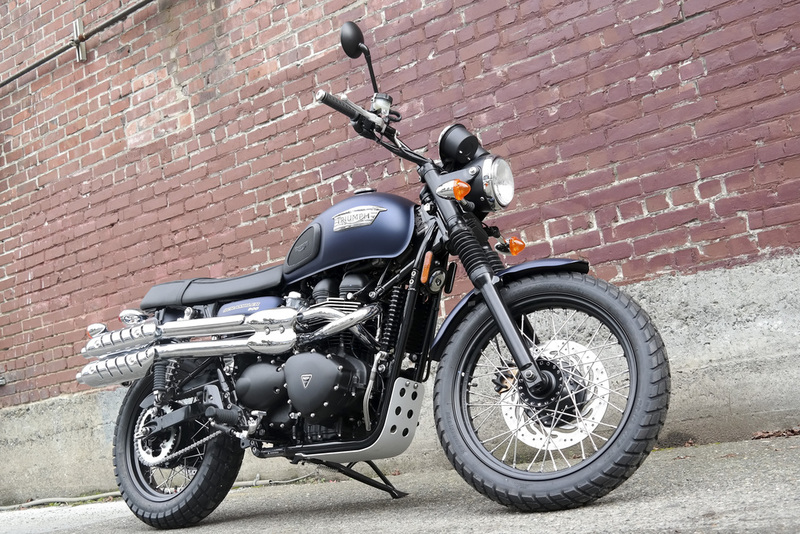 The bars are at a good height and it gives you a very Fists in the Wind positioning, but with good width for leverage.  This makes the bike feel very agile for it’s size and weight.  Low speed maneuvers is easy and the bike’s good sense of balance helps that.  For going where the pavement ends, standing up on the pegs feels almost as good as on a BMW GS.  The bars have enough height, even for a Six Footer like myself, and the big fat rubber sleeved pegs give you plenty to anchor on.  The big rubber welcome mats on the sides of the tank give you even more to grip on with your legs… so standing is easy.  Which is good.  Because I love standing up on a bike.

The engine has enough torque to get you moving… it’s no Rocket III, but it’s more than enough to get the job done.   One of the things that helps with this is the ease of shifting.  The Shifter feels very good, and communicates well.  Unlike on any given Ducati, this one never gives you a false neutral.  The shifter it’s self also doesn’t tear up my boot leather.  It’s just “Nice”.

I do wish it had better brakes up front.  It’s only sporting a single rotor up front, and I would be happier with two.  However I do not feel like the bike is really lacking in actual stopping ability.  And of course, this model doesn’t have ABS or any Traction Control… this is the last of the Caveman Simple motorcycles from Europe.  And I think that’s one of the reasons I really dig it.

When you ride these Scramblers, you get a sense of understated competence from the bike.   It’s ruggedly handsome, but not flashy. It’s just simply able to do everything you want it to do… and it does so without any undue drama.  It doesn’t cry out for attention. It doesn’t need screaming exhausts, or blistering acceleration or Buck Rogers Fairings… It’s just a good solid motorcycle. And I LOVE THAT. Because after all… It’s a TRIUMPH.

Now I’ve heard some people say that they just “Don’t get the point of a Scrambler”.  I feel sorry for those people… The Scrambler, more so than any other type of Motorcycle is a Jack of All Trades type of bike.  Meaning it can do anything that you want to do on a bike.   It’s a both a great City Bike, Urban Explorer, and it’s also a great Adventure Bike.  I’ve seen them in the Uintah and Rocky Mountains, high up on single track trails.  I’ve seen them cruising down city streets at night.   You do not need a specialized machine for each task… and really the Scrambler is competent at both in the same way that a specialized machine sacrifices one type of riding to better at the other.  The Scrambler lets you have your cake, and lets you eat it.

Triumph’s Scrambler is not a perfect motorcycle… and at the same time, it is the Perfect Motorcycle. 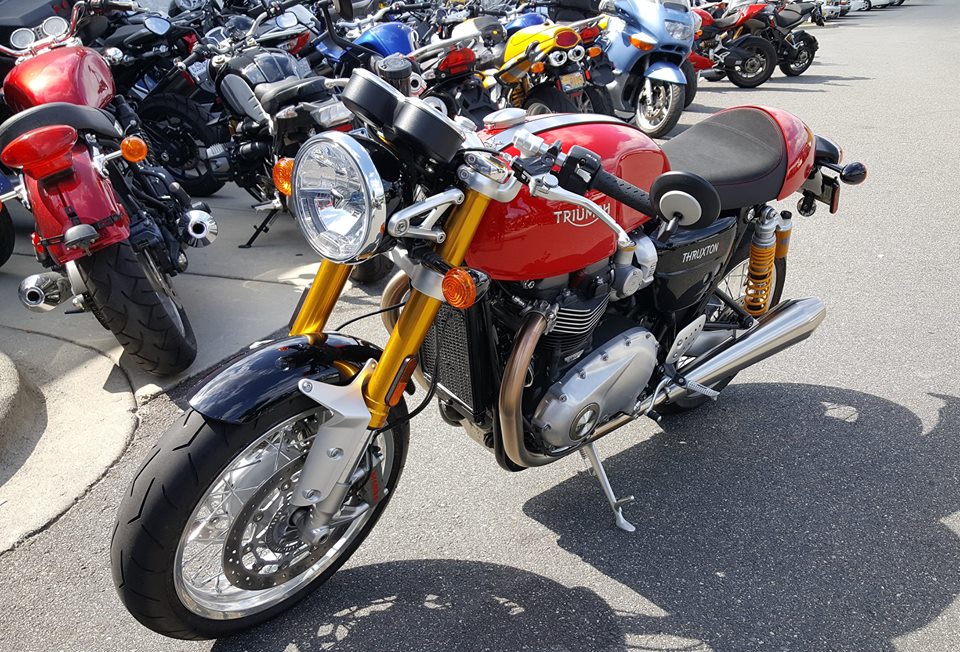