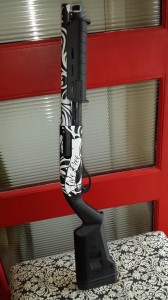 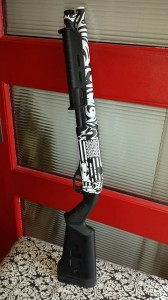 The shotgun remains the most versatile arm we have in our armories.  For home defense, it is without equal.  Yet they are always forgotten and neglected.  They are not the guns that people pull out to show friends.  The classic 870 Remington is still my favorite.  Now, my friends at Scalpel Arms have taken the 870 to heart as well… They did the 870 proud.

The finish is pure art… but what I like about it best is the 12.5″ Barrel.  It looks good… nice and tight.  And done right, will still shoot very well.  But I think I like 14″ the best… but I’m not sure.  I need to test both side by side to see which works the best.

11 thoughts on “The Shotgun”