No watch out there gets more controversial than the Invicta Pro Diver.  For this reason alone, I think the Watch Community is kind of odd.  Kind of conflicted.  Let me tell you why… 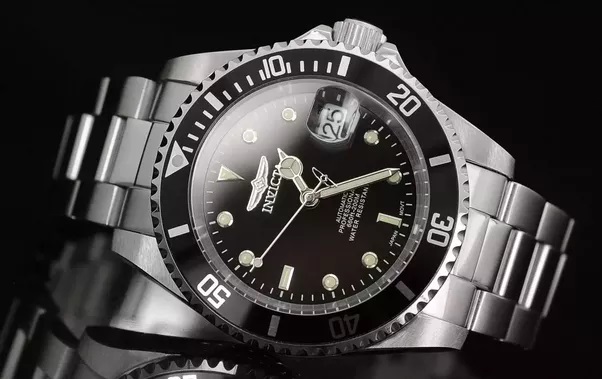 The watch its self is solid and well made, and certainly well worth the retail price tag.  It offers a very good 200 meter water resistance.  The automatic movement is by Seiko, which is very nice, and is the darling brand in the community.  Almost universally adored.   Yet the Invicta Pro-Diver garners some serious hate.  Overall it’s a very handsome watch.  What people hate about it is that it looks like a Rolex.  From a distance.  Yet many of the same people that hate on the Invicta for that reason, will give passes on other watchmakers who do a Submariner-Look-A-Likes.    END_OF_DOCUMENT_TOKEN_TO_BE_REPLACED

Some time ago, I purchased a Swiss Army Wegner wrist watch.   Silver bracelet, blue face, “Military” model.  Looks good.  You’ve seen it in many Ogre Videos.  And then The Nightcrawler Effect hit me.  And the watch ejected off my wrist like a Jet Fighter Pilot struck by a Sidewinder.

So I sent the watch back to Wegner to get the bracelet fixed and the crystal (which had been scratched) replaced.   After 3 months the watch came back.  With a bracelet that was so small I could only get 4 fingers of my hand through.  WTF?  And the scratched crystal was still there. So I send it back.  This time it came back with bracelet that fit perfectly.  And its still scratched.  I’ll leave it like that.

However, I no longer want it.  I’ve replaced it with a Nixon.  “The Scout”.    So… I’ll put that Swiss Army Wegner Watch up for Trade.   Make an interesting offer.