Very comfortable, with an easy upright position, mid, to slightly rear sets on the foot controls that is comfortable but just back enough to be sporty.  The seat is good for several hours in the saddle at a time without causing any pain in the buttocks.   The mirrors are actually usable, and stay put and stable at speed.

But really, this bike is all about that engine.  That classic BMW Boxer 1200.  It’s rolling on 125 horses that are packing 92 pounds of torque.  And that is a lot of power in what is really a small-ish bike. What’s great about it though is the way BMW has made all that power very accessible and controllable.   There are three riding modes for the traction control and suspension.  Rain, Road, and Dynamic.  Dynamic is the fun mode.  Like all BMW’s now, ABS is standard of course.

But there’s more to the engine than just numbers.  The engine can be lugged, and you can just put put put around at low speeds… and if you want to go fast… This bike is fully FAST capable.

The brakes are very good.  With the ABS system that works as well as this one does.  Highway Speed to Full Stop under Death Grip Brake Stomp happens very suddenly, but with no drama, no skittering and nothing unexpected.  The bike just comes to a well controlled stop.

The suspension is excellent.  It takes in all irregularities and small bumps and turn them into distant miles behind you.  The bike is very composed when the tarmac is less than perfect.   Even in turns, under acceleration. 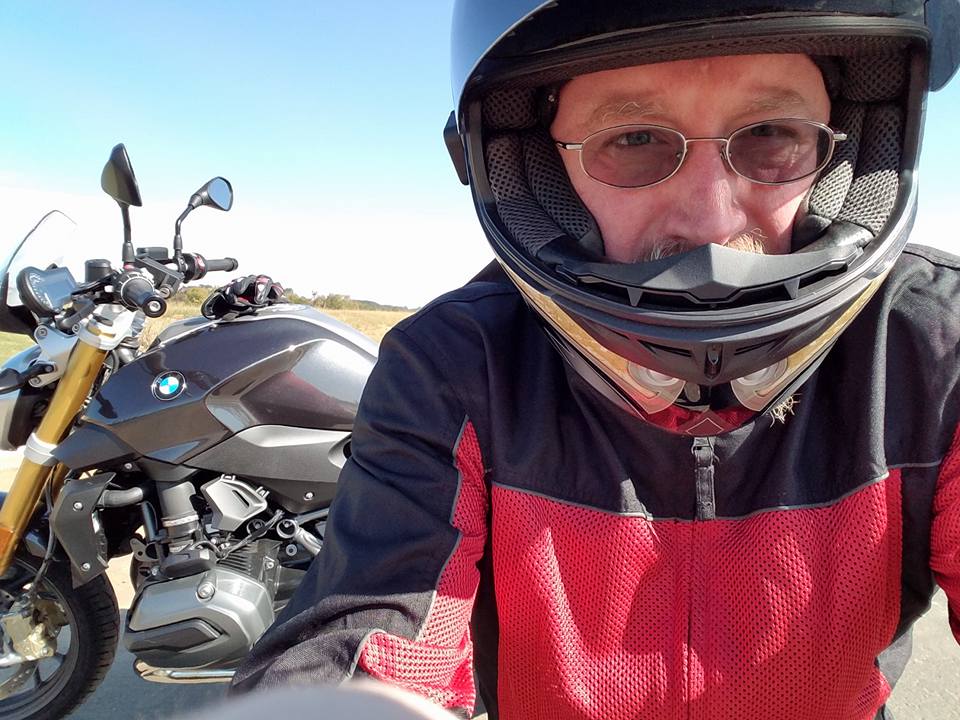 The R1200R is all about Competence.  The bike just does everything well, without being flashy.  It has no flair that might draw unwanted attention or get you accused of being a showboat.  The R1200R is subtle in being awesome.    It’s so subtle in fact that it garners very little attention in the motorcycle press.  And in the showroom it’s one that is often overlooked and passed by, by those who’s eyes are caught by the more flashy of bikes.  It might be the Big Brother to the  R Nine T series, which might look more trendy and hip.  Especially the R Nine T Scrambler… which is just amazing looking.  But the R1200R should be the one you look at first.  The R1200R has the better tech, and while it’s a similar 1200 Boxer to the Nine T series, this version is tuned to higher output thanks to the liquid cooling.  Which makes it far more versatile for long range riding, more spirited riding, and lower maintenance. 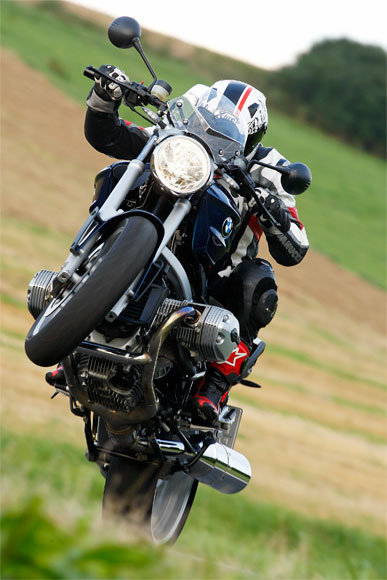 When you are on a truly great bike, you can tell because the ride is about the ride and the bike becomes transparent.  You don’t think about the bike anymore and all your attention is on the ride.  And that’s what this bike does… It disappears when you get rolling and all you are thinking about is the road ahead.  This is a beautiful thing.

BMW is most impressive with the engineering they’ve put into this machine.  The quick shifter system, the switch gear, the GPS ready set up, the keyless ignition, the heated grips…  And the simple menu system that only took a moment to figure out without having to pull out the manual.  This bike makes my old ZX-11 look like it was from the Bronze Age.