Working in a gun store again, I get to hear all the old rundowns and complaints about the “Obsolete Old Man’s Guns”.  Maybe they are guns for the Older and Wiser crowd, but one thing they are not, is obsolete.  Windows 3.11 is obsolete.  A 1911 is going stronger than ever. 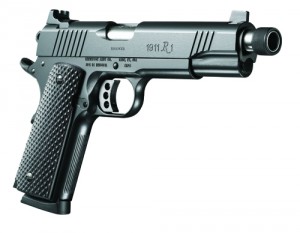 The 1911 has seen continuous use by the US Military ever since it was first adopted.  Sure, it was replaced in the Mid 80’s by the Beretta, but many units chose to keep their 1911’s in service.  Typically special operations type units.  These are guys who had the option to pretty much get whatever they wanted, and they chose to stick with what has been working.  For example, Marine MARSOC just bought a whole mess of Colt 1911’s… which replaced a whole mess of Springfields, which had replaced a whole bunch of Colts. Now, forgive me, but either MARSOC is staffed by overly sentimental geriatric clowns, or the 1911 is still a fine sidearm.  Given the fact that MARSOC follows an operational tempo that makes Call of Duty seem boring… I’m guessing those guys pretty much define “High Speed, Low Drag”.  Having met many MARSOC Operator, and worked with them on various things… Let me tell you… MARSOC knows their trade.  If a 1911 is so obsolete, I don’t think they would be using them.  On a side note, they also use Glock 19’s for when they are rolling incognito and have to carry concealed.  But that’s another subject.
Competitive shooters are still running a lot of 1911’s as well.  Guy’s who’s paychecks demand that they shoot as well as possible.  They are using those old obsolete 1911’s.   I don’t know about you, but every competition I’ve ever been in, hiccups in accuracy and reliability could pretty much cost you the match. 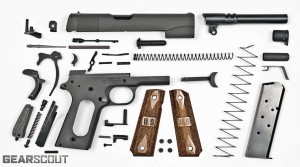 Here’s the thing. The 1911 requires a bit more knowledge, and a bit more TLC than other more recent designs.  But too many guys Harsh on the 1911 for the same “problems” that they give passes on the AR-15 for.  You just gotta know your gun. Know how to take care of it. Know what ammo shoots best in it.   The 1911 is complicated some people will say.  No, it really isn’t.  It’s a very simple machine and easy to understand if you will stop holding your breath and pouting that it isn’t a Glock.   Pay attention and learn… and show some respect.  The design is over a hundred years old and remains a top choice for handguns.
For the serious 1911 Operator the rituals of maintenance are part of the satisfaction of running it.  For them, the 1911 breakdown is like a Japanese Tea Ceremony.  It brings them peace and joy, and a belter understanding every time.  The Glock Operator is a crass barbarian in comparison. 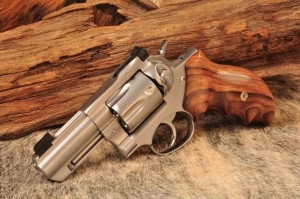 Revolvers are also far from obsolescence.  .357 Magnum remains the Gold Standard of defensive handgun cartridges.  .45 Colt is no slouch either.  .44 Specials, .44 Mags, always a crowd pleaser and few can shrug off catching one of those.  Loaded Light or Hot… Heavy slugs well aimed, no, that’s not obsolete.  Never will be… until we have a 40 watt Phased Plasma option.
Revolvers offer reliability with uncompromised accuracy and power.  If you call that obsolete, I’m calling you a fool.
The only thing truly obsolete is ignorance.  Yet in this Age of Internet, misinformation is at your fingertips and Urban Legends become forces of nature.  Opinions and facts feud like Hatfields and McCoys.
There is also the fact that like older cars, these Old Guy Guns are just better looking.  The visual appeal is biological… 1911’s, Revolvers… There are no new guns is as Sexy.   Maybe this is where the older and wiser comes in.  We take the time to appreciate the finer things.
Of course, all things considered, I guess Beretta 92’s and SIG 220/226/228/229 guns are Old Guy Guns as well. 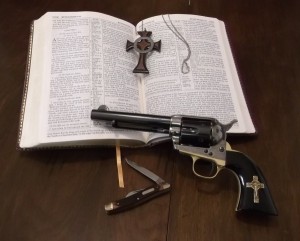 6 thoughts on “In defense of the obsolete.”