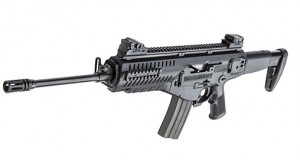 17 thoughts on “The two most interesting new combat rifles”