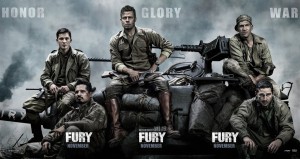 I’m so sick of hearing that we’re only “fighting for oil” or “our Foreign Policy is only about oil”.  That’s such BS, and History proves it.   You know the Marine’s Song?  “From the halls of Montezuma, to the shores of Tripoli…”
That song comes from a US action in the Mediterranean region back in 1805.  By order of President Thomas Jefferson, our 3rd President, US Marines and Berber Mercenaries marched 500 miles across Egypt to Derna Tripoli to combat Piracy.  Pirates who were interfering with shipping, and to support a Pro-US Administration.  This is what defending our foreign interests is all about.  It’s not about secret cabal of oil barons squabbling over our planet’s oil fields.

If that was the case, where are the great battles in Alaska, Canada, Texas, Utah, Wyoming, the Dakota’s and the Gulf of Mexico?  Where are the Armies that are invading Venezuela?  These places are all rich in oil resources.  How come the US has not gone in and taken Venezuela’s oil?   Because it’s not about the oil.   It’s about Regional Stability and protecting our interests and those of our allies.  Do you think Thomas Jefferson was concerned about Middle Eastern Oil?  No, he wasn’t.  Was he concerned about Egyptian or Tripolian oil?  No, he wasn’t.  He was concerned about the Pirates.  Just like Bush was concerned about Saddam Hussein.  Who, you may remember, was the concern of the Democrats, who all VOTED FOR that war, and as soon as Bush pulled the trigger, suddenly cried about it because he did what they voted for.  Insanity.  Oil its self had nothing to do with it.  Saddam Hussein threatened the Regional Stability.  Oil is only merely the main product from that region.  The US has other interests there as well.

On another note:
This is why I scratch my head about Obama’s handling of ISIS.  It seems everything Obama has been doing has been to undermine Stability in as many regions has he can.  Middle East, Egypt, Russia, Korea, Libya, China… if he can screw it up, he can and will try.  Who has been reaping the benefits from Obama’s meddling and failures?   The Islamic Brotherhood.  This makes me question what Obama would have done in 1805, had he been in charge.  Because I’m having a hard time deciding if Obama is just a pure pile of incompetence… or if he really is smart and doing just what he promised to do.   He’s always talking about it.