This knife is one my Specials… It was gift to me by a friend, customized by Maverick Customs – who has become a friend.  So I’m a little biased about how awesome this knife is.  It started life as a  normal, Spyderco Manix 2.  Which is in and of it’s self – pretty damn awesome. 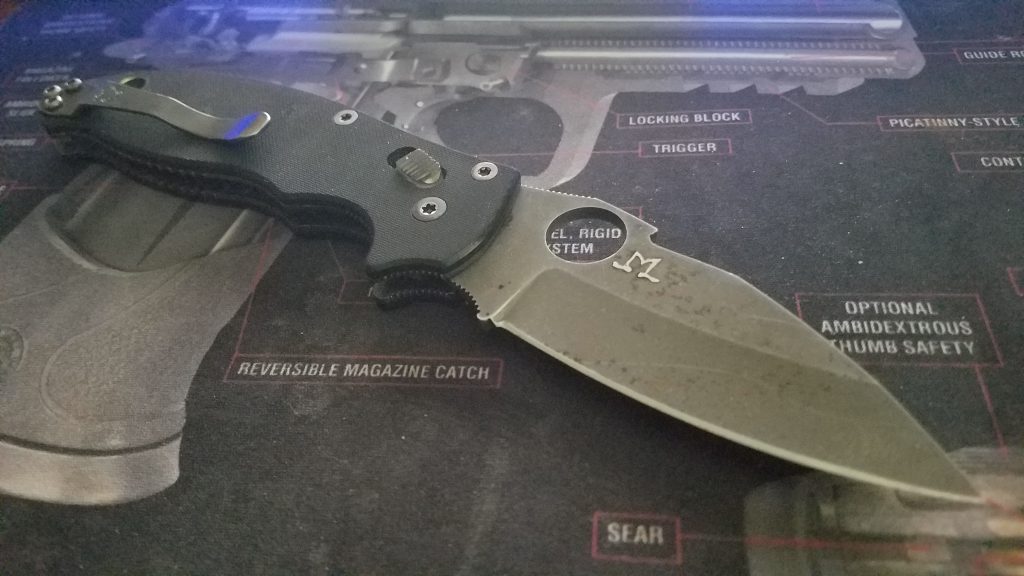 The Manix operates with the classic Spyder Hole, but it isn’t a normal Spyderco Lockback.  It uses a Ball Bearing Lock, something similar to an Axis Lock… but has a Ball Bearing instead of a locking bar.  The Ball Bearing makes it super slick in function and when you Lock or Unlock the blade, it practically moves all on it’s own to deploy or put away… it’s sick.  It’s a fun action.  It’s something you find yourself playing with while other people “not aboard your train of thought” look at you nervously. 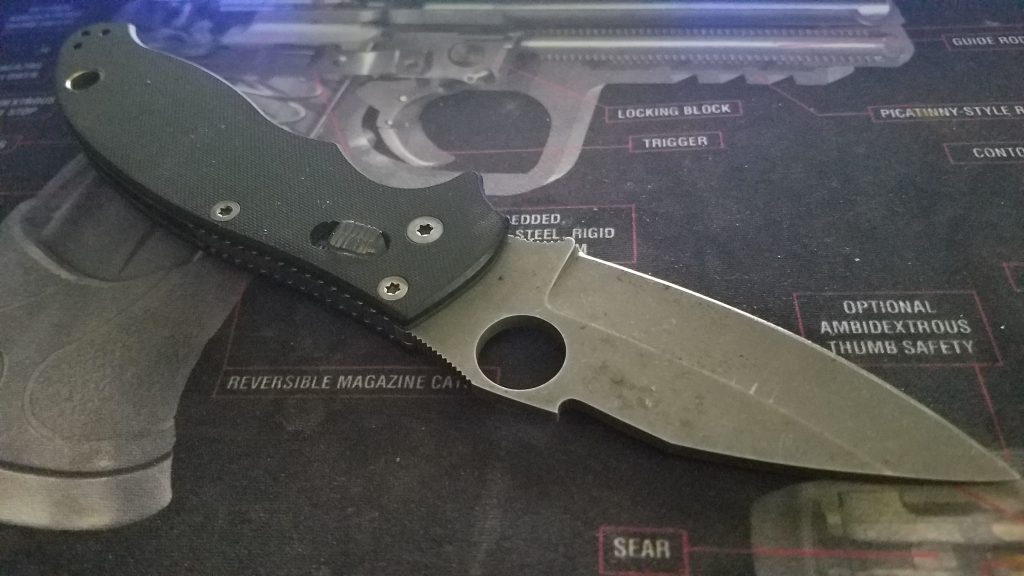 The blade steel is of course, of the premium variety.  CPM-S30V, which is the top tier of the S30V’s.  Now, one of the things Maverick Customs did was to give the whole blade an acid etched finish so it’s not bright and shiny anymore.  I keep a coat of oil on it… so it’s not corroding, and it’s picking up a nice patina, which lends to a gnarly rustic look… or will after a few more years of living in the south and helping to prep BBQ.    The edge is also horrifically sharp.  We’re talking about an edge so harp that just “feeling” it… sliced the ever-loving crap out of my thumb and I didn’t even come close to pressing on it.  But cut me – it did. 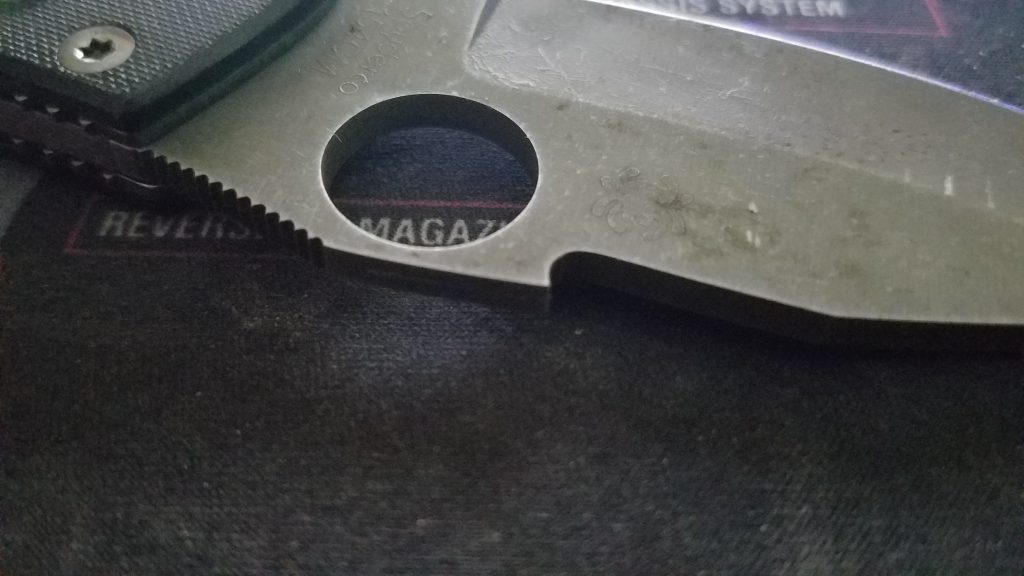 The highlight for me on this knife though… what really makes it… Is the very subtle Wave Feature that Maverick Customs’ cut.  It’s very unobtrusive, cleanly executed, and done in a way that very little blade material was removed.  The result is one of the fasted deploying knives I own.    The Cut also alters the blades shape from the original.  It actually makes this knife much better looking. 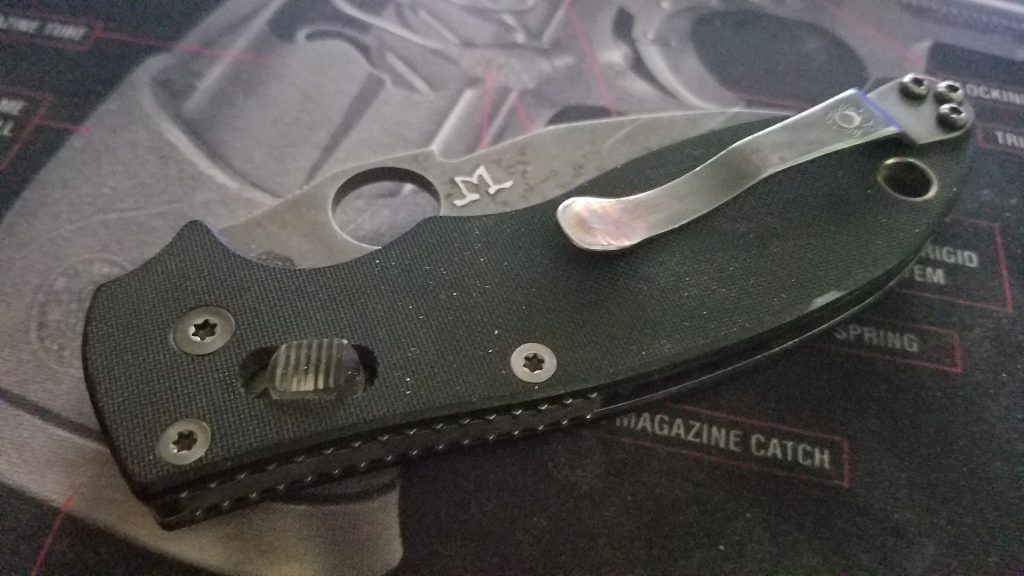 Overall this folder is one of my Most Often Carried blades that I have.   I’ve used it hard, and I’ve used it for everything.  It’s been a faithful companion.  And it is going to continue to be, for a very long time.   If you have a Manix series knife, or other Spyderco that is a Tip Up knife… Contact Maverick Customs about doing this little wave-like Cut to your knife.  You want this.  It works very well.