I was just reading the latest issue of Road and Track.  Last story was that Tesla is having a bit of a crisis. 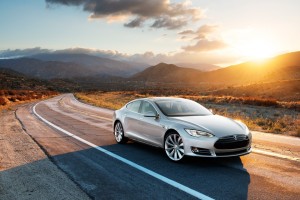 Well no kidding.  Gas is 2 bucks a gallon and Tesla cars are hella-expensive.   I looked at one and it was the same price as our house in Utah.   While the cars are gorgeous, they are not that gorgeous and they hold curious design elements.  The car isn’t an air-breather like a traditional car.  So why does it have a traditional grill?  Why?  AC and cooling of components can be fed air from other areas.   It doesn’t need a huge intake like a Ford Fusion.  That’s one of the problems with the Tesla design… It’s a good looking car, but it looks like a regular car.  It needs to look more like something from the future… something from space.  Instead it looks like something from only 2 years ahead.

Here’s the thing.  Tesla’s marketing is all about the Elegance and Style, and the touching of the Future Tech.  When it needs to stop touching the future and get on about absolutely molesting it.  It needs to be all about the Performance.   Because the Tesla S while a high performance beast – is one freaking heavy barge.    Instead of looking at the Ford Explorer as the model to save the company… it needs to look at another model… 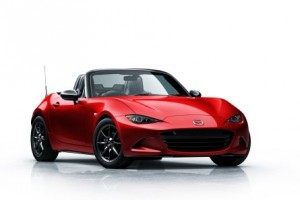 The second reason?   Let me tell you something.  I was leaving work and pulled out into the street behind one of the most impressive cars I’d ever want to own.  A Porsche 911 S4 Turbo.  I was taken by how small the car is if you take away those hips.   Now, the 911 has a back seat.  As long as the passengers have no legs.  And are children. Children with no legs.  Actually, it’s best to just use the back seat to carry your back pack or day pack… small book bag.  Or a wallet.    Beautiful car.  Just gorgeous.   But it’s not for the Family Guy.  It’s for the Selfish Elitist?  No… I wouldn’t say that… I’d say it’s for the automotive enthusiast.  The serious Car Guy.  And those guys will pay whatever the price it is to get that serious car.

Now, the Tesla S has the potential to be a serious car… but it’s not.  It’s too bloody heavy.  Sure it handles well, but it handles heavy.  It’s pulling too much Car.  It’s trying to stop too much car.  It’s trying to turn too much car.  There’s just too much car.   Yes, there’s a lot of weight in batteries – we all know that. Batteries are heavy.  But the Teslas also have a lot of weight in regular car stuff that doesn’t have to be there.  Take out all the drive components and other things required for the S to be a functional vehicle.  What you have left over needs to be minimized.

To do that, there needs to be a new model… The “Tesla R” perhaps. Look at that Mazda Miata and DO THAT.

Forget the 15 inch touch screen inside.  The serious Car Guy doesn’t need that.  Take the super plush seats out.  Throw in some Recaros or a type of seat similar to a Recaro that costs less.   Take away everything that the Serious Car Guy doesn’t need.  Take away everything that makes it expensive.    Strip it down to the bare essence of what makes a pure sports car.    It should be less than 40 Grand.

Tesla – You do that.  You will sell everything you can crank out.