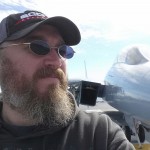 I don’t like Jeb Bush. He’s not just a RINO, but he’s everything I don’t like about politicians rolled up one big fat burrito that the GOP may try to choke us with. He’s another Big Government RINO and we’ve more than enough of those.
The GOP is so completely full of fail that I’d be laughing if this wasn’t happening in my own country.

I am really seeing less and less of a distinction between the two parties. I’m quite disappointed in both… but especially the Republicans.
It’s going to come down between Jeb Bush and Chris Christie… Just watch. Or worse – they are The Ticket.
I tell you what, I keep hearing about Belize… Belize is sounding better and better all the time. Because the USA is looking more and more hopeless.
The fact that I am even thinking like that just pisses me slam off. Because I love this Country. I love America. But America is making some really bad decisions… our Government needs a Factory Reset.
1. We need Voter ID laws passed in every state.
2. We need Closed Primaries. Only Party Members should vote for party candidates.
3. We need Congressional Term Limits. 4 years, 2 Terms Max.
4. We need Congressional Pay, Benefits, and Pensions dramatically cut. Pay should be capped at 80,000, Benefits limited to only during their term of service, and Pensions – no – No Pensions at all. Because serving should be a Service and not a Career.
We do those 4 things… And I believe the Government will clean its self up as the Rats will seek out other ships.

13 thoughts on “Jeb Bush and the GOP”