It’s been some time since my last article for Concealed Carry Magazine. I’ve been meaning to write one sooner, but to be perfectly honest, most of the new concealable handguns that have been coming out have just not sparked much of an interest in me. I’ve been bored with most of the options out there and no one wanted another Compact 1911 article. Most of this time off I’ve been packing SIG C3’s and 229’s and all year I’ve been packing a G23-RTF2 and that has all been from Mark Walter’s bad influence on me. 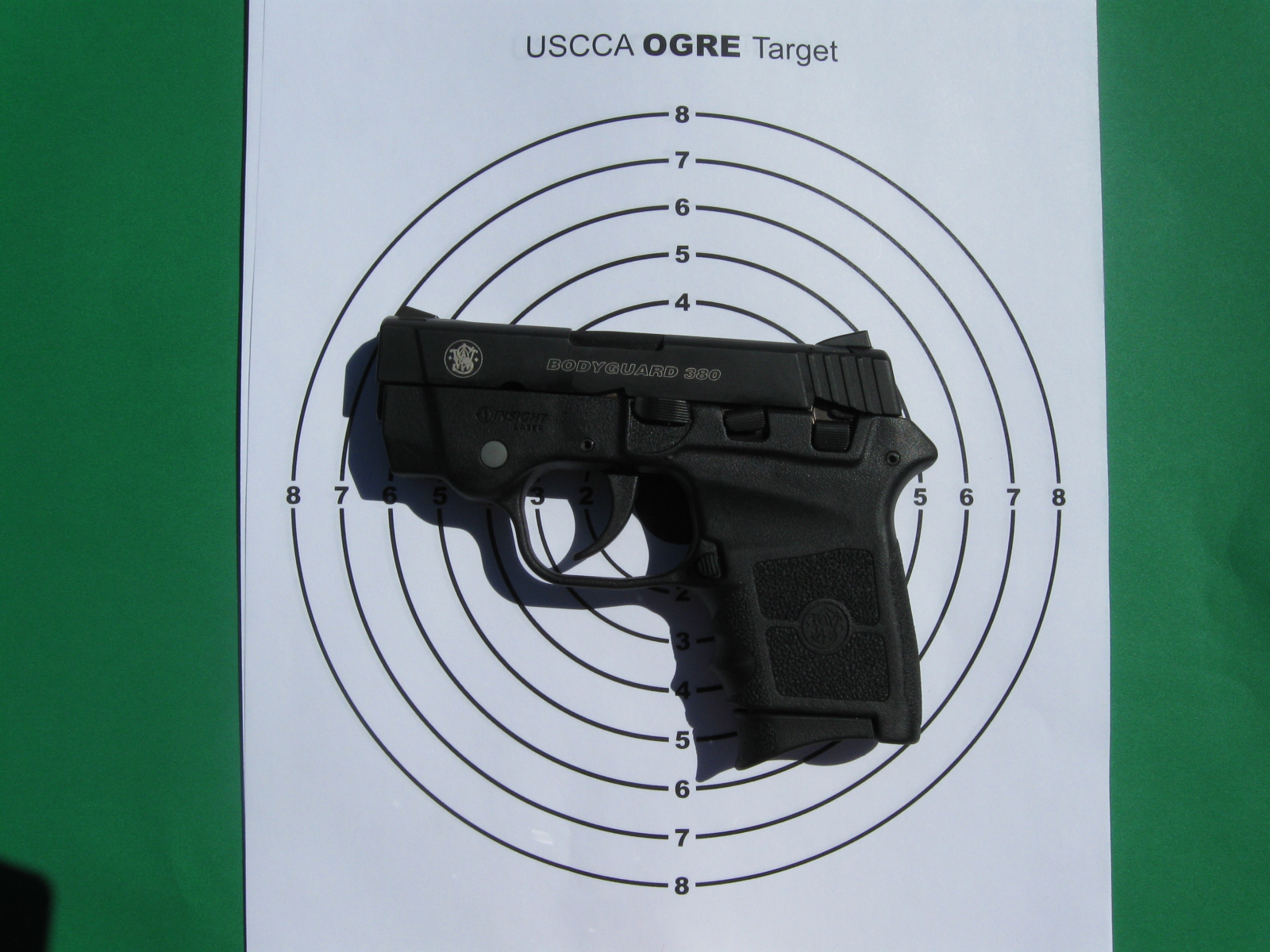 At SHOT 2010 I trudged through the show looking for something that peaked my interest enough to review. As I looked at all the new guns on the market, I really struggled with the malaise that’s been plaguing me when it comes to small handguns. That was until I walked into the S&W booth. They showed me their new Bodyguard BG380. Instantly my Spock Eyebrow went up. What’s this? A little auto pistol that I want to go shoot? Since Kahr hasn’t come out with a 10mm MK10 pistol, this would do. 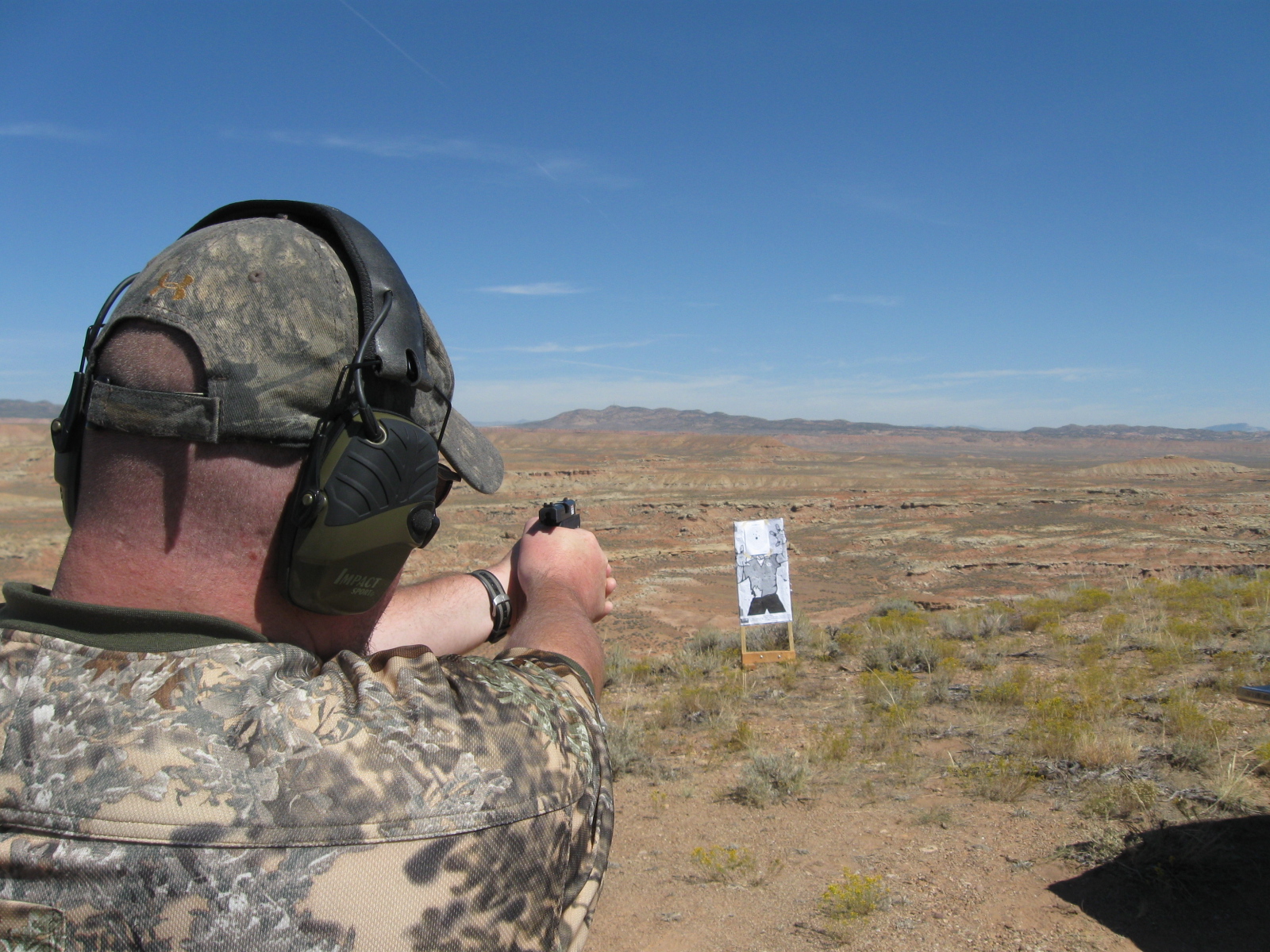 While the BG380 is the same size as the other pocket .380’s that have dominated CCW handgun sales for the last two years, the new Smith is different. The difference comes from the whole feel of the gun. It’s as if S&W took an M&P pistol over to Walt Disney and put it in their “Honey, I shrunk the thing” machine. Normally when you shrink something, you lose a lot of qualities other than just size and weight… much like the Doberman Pincer shrunk to Toy Pincer size gives you a twitchy, fickle, and delicate thing. These Micro M&P’s are just as serviceable and snarly as the original… just in pocket size. 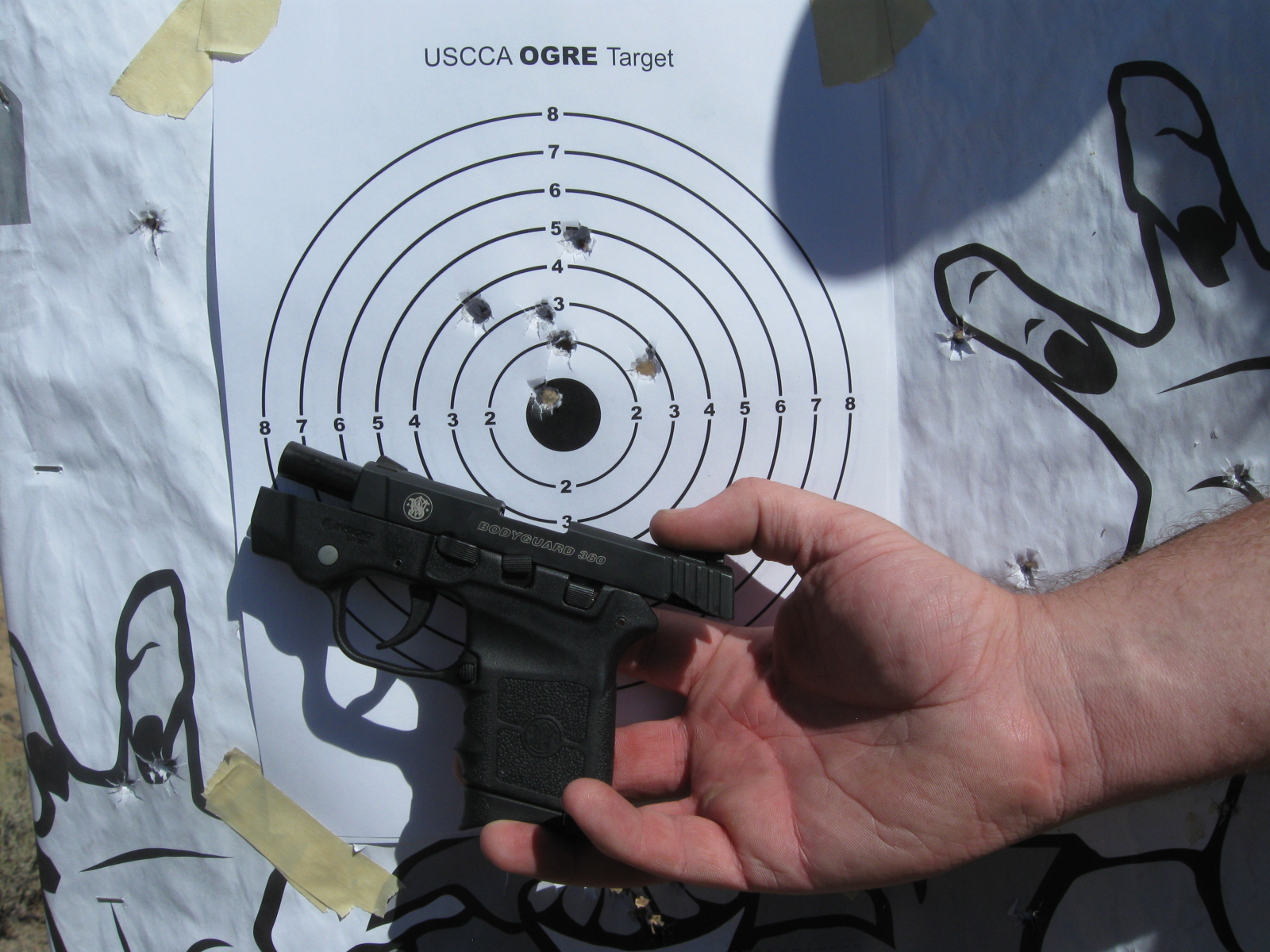 The most unique feature of the BG380 is the in-frame laser module. Insight Technologies makes it for S&W and we’ve not seen anything similar out there. The Module, should it fail, is replaceable. It’s fairly bright, but not as cohesive as other laser aiming devices from other companies. This isn’t a problem as this pistol isn’t meant for any longer range shooting, but I would have liked a more powerful laser. If I was Crimson Trace or Viridian, I’d be working on my own module to drop into the Bodyguard. The limitation on power comes of course from the batteries, and having the batteries within the frame as they did it makes me scratch my head. You can only shove so much battery in there. I’d have rather engineered the weapon to carry the batteries in the floorplate of the magazine and had power contacts on the sides of the magazine body. Dewalt knows how to do this, it wouldn’t be hard and they would have been able to use more battery. More battery is a good thing. 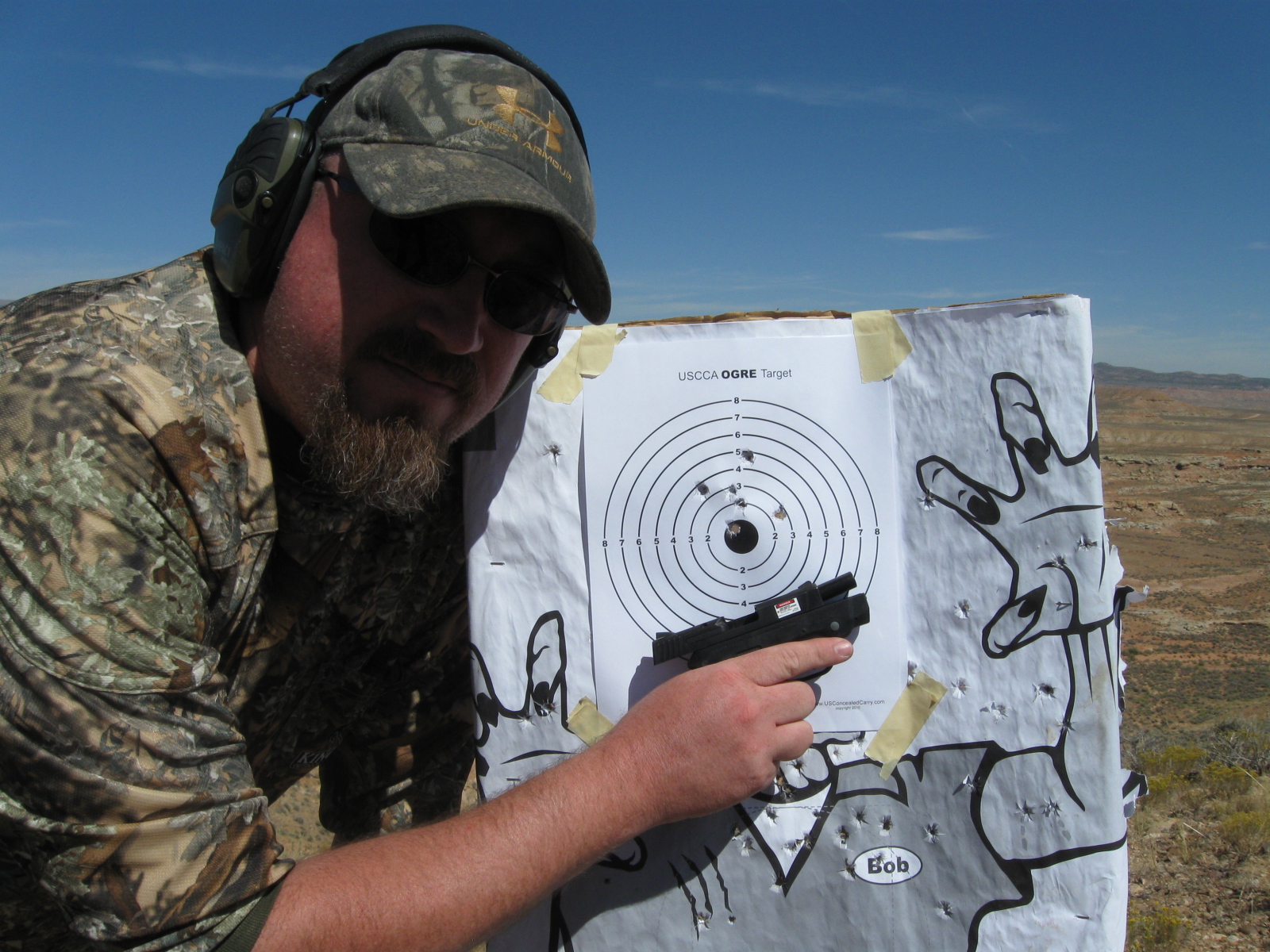 Some shooters argue against lasers as unnecessary gadgets. It’s true that a laser isn’t a necessary thing, but any device that gives you any sort of an advantage in target engagement or intimidation is a huge benefit… especially with pocket sized guns. Another thing some guys claim, is that sights are unnecessary to such small guns. However I checked the law books and I didn’t find any exceptions to gun laws or liability of gun use for small guns. You launch a bullet out of a small gun, you are just as liable for where it goes. And for a pocket gun with the purpose of defensive use, that bullet needs to go exactly where it will do the most work. Shot Placement is even more critical in small defensive guns.

The pistol its self is just the platform from which the projectile is launched… and the BG380 gives you a small, concealable platform that you can have on you at all times, or just when greater discretion is required. The only thing one is giving up with the BG380 is power. I can’t let this review go by without mentioning that I consider the .380 Auto round to be the minimum cartridge which I deem as acceptable for defense. It falls someplace in the Force Continuum between “Harsh Language” and 9mm. I would only use it when guns of greater caliber are not an option. While I am not a huge fan of the .380 auto, I must admit to being a fan of the Bodyguard. It’s cool, it’s reliable, it works. It’s an absolute buy for those looking for a pocket pistol.