Few things are as stupid as military hats.  Uniforms and Camo Patterns are always discussed and argued… but the one thing that everyone has given up on is the hat. 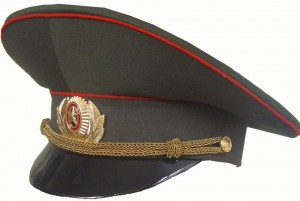 Most Nations have some variation of this thing.  It’s a classic military style for Officers… The US has a variation of this, North Korea’s is getting bigger every year.  It’s just out of control. The one thing that no one has said though… is that it looks freaking retarded.
The only guy that ever pulled off this hat was this guy: 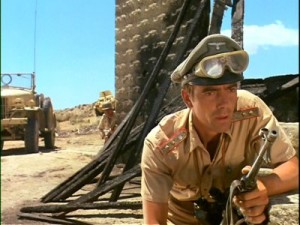 And he was the Bad Guy.  A Nazi.  But the Nazi’s had it going on with the officer’s hats.  No one else has done that style hat anywhere near as well.

Then we had this thing… 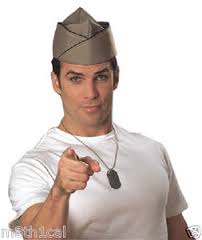 You look like a Food Service Industry Worker with that hat.  This was for the Enlisted.  Yes, I had this hat too.  And it was stupid.  It never sat right, and really we only wore it when running through the airport and it would always fall off your head.  I don’t know anyone that liked them.  They always looked cute on your girlfriends head though.  Think about that.   I blame the Navy for this. 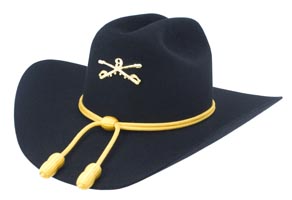 The Cavalry Officers had a cool hat.  It was actually useful.  Wide brimmed to keep the sun off.  You know, the whole reason to wear a hat.  It actually did something.  But outside of the Cavalry, no one else has those hats.   The only people that have a hat that’s this functional are these guys.   And we all know these guys: 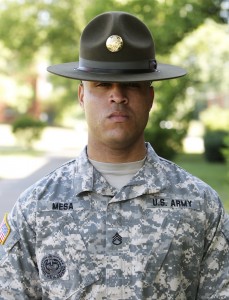 That’s the hat that says your world has come to an end.  Those Campaign Hats strike fear into the hearts of men.  That’s a badass hat.   But we can’t give them to anyone else or they will dilute the authority and power of that hat.

The Army tried to do the Beret for everyone… because worn correctly it looks awesome with dress and field uniforms.   But the problem was most folks I saw couldn’t wear it correctly to save their lives.  So it either looked like a sack on their heads or a pancake, so they just gave up on Hats and just gave this to everyone: 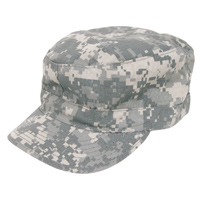 But I’m wondering if we should just do that with the dress uniforms.  Have a fancier ball cap.   I don’t know… For dress uniforms, I think the hat should be a lot nicer.  I’m thinking something more like the Cavalry’s Stetsons.   Something distinctly American that no one else can touch.